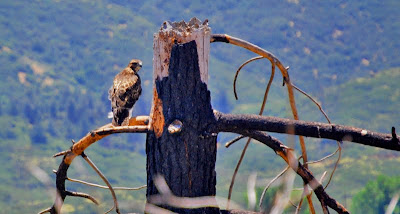 I have a confession to make: I love going to book shows and conferences, and I am greatly looking forward to next week's American Library Association Annual Conference in Washington, DC.

Because I think ALA's the best event of the year. I also think that, after having been to a few of these things, that we have misappropriated an American idiom. Rock stars party like librarians.

Also, I am kind of excited about some of the new possibilities for the coming year. Since The Marbury Lens will be released this fall, I was thinking that I might actually get to go to some of those fantasy/sci-fi/alt fiction book shows and see if that crowd can possibly party like librarians, too.

But I don't know. The Marbury Lens is a kind of genre-bender, and I wanted it to be that way because I think there is a general, preconceived bias regarding the depth of those kinds of books, the quality of the writing, and the maturity level of readers of fantasy/sci-fi/alt fiction books. So I wanted to, as most readers of The Marbury Lens have commented, try something new. And we'll see what the experiment produces.

Now, I have to get back to writing my speech that I will be giving at next week's unrestrained saturnalia of literacy.
Posted by Andrew Smith at 7:03 AM