in which i discuss my hip replacement 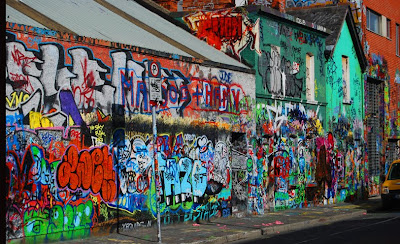 I just heard something a few days ago: That LOST aired its final episode.

I feel so hopeless.

Please help me be hip. You never showed me LOST. I don't even know what it was about. I wish I was hipper than I am.

No. I wish I was just hip, period.

Can you help me? I swear I am going to start watching things that will make me be hip. And I am going to go out today and buy a box set of an entire "season one" of something. I don't know what, but I swear it's going to be really cool.

And then -- and then -- O Television, I promise I am going to let you show me something THIS WEEK that will shoot molten-hot hip-rays straight into my skull through my eyeballs and make me become totally hip.

O how I want that.

Maybe hip enough to be invited over to another person's house, so we can sit down and watch something totally hip, like Jersey Shore on HDTV together.

I want that more than anything.

I promise to get an HD converter for you so your hipness will be purer. I have never even watched you, O Television, in HD. I don't even know what HD is, but if it's anything like the good kind of acid we used to take back in the 70s, then sign me up for it now, Mister Cable Company Phone Solicitor (and I am truly sorry I cussed at you that last time you called).

Make me hip. If you can do this for me, after all these years, I promise to purchase a DVR. I have never touched a DVR, but I understand that:

And I will have friends.

If you can do this for me, if you can show me everything hip so that I will be hip and I will be able to participate in those awkward conversations about who's going to win on American Idol... you know, those conversations where I just sit there looking so unhip and my friends (well... I can pretend they're my friends) just glance over at me with nervous expressions that seem to say

Why does he never speak to us?

I bet he's thinking about something sexually perverted.

I wonder if he's going to murder us...

If you can do this for me, O Television, then I promise to get excited about the next awards show. I promise to throw a party for me and all my new friends who like me and talk to me because I am hip. I will throw a party for the Academy Awards and we will all sit together and cheer and nibble at Little Smokies brand cocktail wieners braised in bottled barbecue sauce, and I will be so excited, even if the movies suck as bad as Hurt Locker did, and I promise, O Television, that I will start going to the movies immediately so I can see all the awards contenders that came out in 2010, starting right away, those great films that have been coming out, week after week after week this year, like Shrek part 3 and Karate Kid and Get Him to the Greek, and, O Yes, O Television, MacGruber.

Only you can do this for me.

What I want more than anything else in the world.

Only you can make me hip.
Posted by Andrew Smith at 5:44 AM