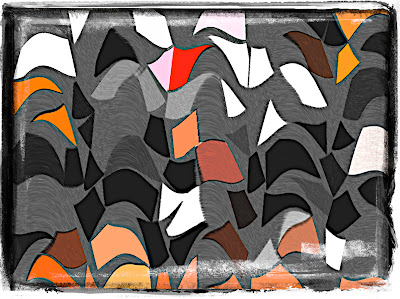 Way back in November of 2010, Laura Scholes published an interesting study in The International Journal of Learning, in which she critically examines the Boys-Are-Failing panic.

She says, "This homogenizing of boys and girls as binary and oppositional groups distorts social justice principals that advocate supporting and valuing differences between students... The construction of boys as a disadvantaged group has tended to position all boys as educationally disadvantaged..."

And people buy into it.

Scholes' study is long. I'll be talking about it more, particularly because I have some speaking engagements this year dealing with the topic of boys, reading, and writing.

But one of the most compelling elements in her study identified what she called "Clandestine Readers" -- a group with a near 3-to-1 ratio of boys to girls, who were tested meeting or exceeding grade-level requirements for literacy, and who also were identified as having high levels of enjoyment in reading, but concealed their passion for reading because their peer groups tended to be unsupportive or had negative feelings about reading.

Do you know any Clandestine Readers?

I see them, dozens of them, every day.