The ordeal is over.

I am not talking about 2011, which was not really the terrible year all the newspapers I've been looking at have claimed it to be.

I am talking about the author photo mission.

Now all I have to do is make up that damned biography and I'll be off the hook.

When my first book, Ghost Medicine, came out, I was greatly relieved that there would be no author photo on the dust jacket. But I also did not want any biographical info on it, either.

Andrew Smith is the guy who wrote this book.

For some reason, that suggestion did not fly with the higher-ups.

We took the author photos inside some old abandoned clubhouse buildings near the lake where I live. Over the years, kids have converted these old shacks into sex dens or something. I think they look cool, but then again, I like the art that can be found in destruction.

In fact, a very important scene in my book Winger, which is coming out early next year from Simon and Schuster, takes place inside a building very much like the one in our photographs.

Just so you know what it looks like there.

About one mile from my house, if you follow footpaths through the hills (there are no roads here), there is also a small family graveyard, where we took some of the pictures.

They just don't let people bury family members on their property these days.

Well... I mean, you know... if you do bury your family members in your yard, nowadays you usually don't let people know about it. It's got to impact resale value and shit like that.

Anyway, in the graveyard, the most recent headstone (there are only five of them) is dated 1933. You can't help but wonder how tough it must have been to bury a family member on your own property during the Great Depression.

On New Year's Eve, when we took the photos, I had a dream about Eddie. Actually, I have been thinking about that kid for two nights in a row now. I am probably going to go back to the grave today, but I am a little creeped out about it.

In 1860, the population of the planet Earth was about 1.3 billion. I mention that because one of the people in the graveyard was born in 1860. I think it was Eddie's grandfather.

In the 1860s, people sometimes named their kid Phineas.

He is falsely credited with devising the calculus that There is a sucker born every minute.

If I extract out the math, given the world's current population, there is now a sucker being born about every 14 seconds.

That is real progress, and it makes me want to breed.

I hear kids frequently moan about how boring their lives are.

I think, as I sit here at the beginning of 2012, that boredom and discouragement piled up invisibly as we invented more and more shit to entertain ourselves -- like iPods and Xboxes and smart phones -- shit like that, which really build isolating technological igloos around human beings.

It's too late for a lot of kids. They will never dig their way out of all that isolation and boredom and discouragement.

I know. Not very cheerful.

I bet the kids who lived by Eddie, on the side of a lake where people raised cattle and horses and grew cherries in 1919 never complained about being bored.

Anyway, here are two pictures we took on New Year's Eve. The Black and White photo was taken in the graveyard. 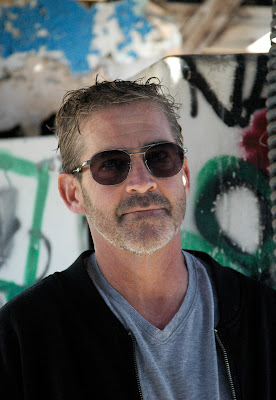 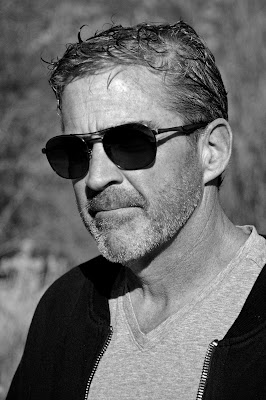