to grady, thanks for the corn! 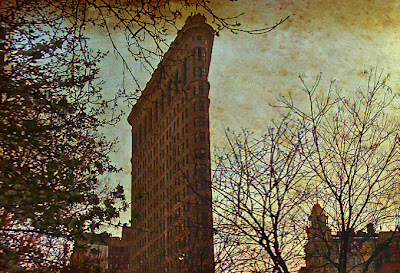 The last day of the year here in California.

I'm trying to imagine what predictions I would have made about my own trip through 2011 exactly one year ago, on New Year's Eve 2010.

They certainly would have been wrong.

When I was an undergraduate, I read a 19th-century novel called Looking Backward, which was written by Edward Bellamy in 1887. Bellamy tried to predict the social and economic progress America would experience by the year 2000 through the eyes of his character, Julian West, who is hypnotized and wakes up in Boston 113 years in the future.

Bellamy, not one to be frightened away from speculation by labels which today have become epithets (um... like socialist), actually envisioned a kind of utopian Marxist-socialist society where everyone would be cared for and share in the productive capacity of America.

Then I was thinking about 20th-century authors who wrote about the future. Guys like Orwell, Huxley, and Vonnegut certainly had a... um... more tempered optimism than Bellamy.

And they always get the machines all wrong, too. Bellamy, of the four, was actually pretty good at foreseeing certain technological changes.

I can't say I read contemporary books about the future. Of all the books I've sold for publication, there is actually only one of them that takes place at some time in the distant future in America -- Once There Were Birds, which is going to be published by Simon and Schuster in 2014.

I don't know if it's a good future or not.

Yesterday, I had a little fun on my Facebook page.

Today, I am supposed to have my AUTHOR PHOTO taken for Simon and Schuster.

I stress about things like this. Not because I'm concerned about blemishes, my hair, or whether or not a particular outfit makes me look fat.

It's because author photos tend to categorically be very douchey.

This is something else they need to cover at those $450 Writers' Conferences:

How to take an author photo.

I think this year, in 2012, I am going to have an entirely FREE Writers' Conference. I will volunteer my time and conduct panels and breakout sessions.

In order to provide all these valuable tips and tricks for free, rather than have it at a posh city-center highrise luxury hotel, we will hold our 2012 No-Fee Writers' Conference in an abandoned foreclosed home in the Antelope Valley, which is in sunny Southern California.

There are plenty of locations to choose from there, and some of them still have meth cooking on their stovetops.

I will teach you how to have an author photo taken.

A photo that says: Beneath all this simmering awesome-gravy I am pouring out on you is a hunk of pure literary man-meat.

That is what my author photo will say to you.

I think I will wear a scarf.