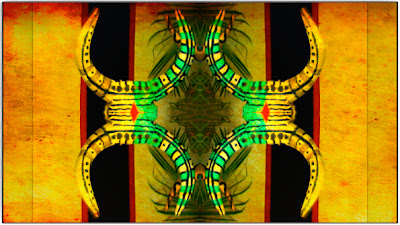 Here are some more tips from my ongoing Online Writers' Conference.

I am still in that generous kind of mood.

I hope you are, too.

Last week, I told you one of the big infomercial lies they want you to believe: Show, don't tell.

Show, don't tell is the Sham-Wow of craft.

If you know what the hell Show, don't tell means, and you do it, you will be magical.

Today, I am going to tell you two more things that are lies. For some of you, I am re-gifting one of them. It is one thing I always talk about with the writers I coach.

Here it is: To be a writer, you need to have a thick skin.

That is a lie.

Those are the only things that thick skins are good for.

And maybe living in a malaria zone.

The only writers who are better off with thick skins are ones with lots of money who keep going back to expensive writers' conferences to share samples of their brilliant and original story (for they almost uniformly only have ONE story they've been carrying around since the fucking Reagan Administration) that has some spelling, grammar, and punctuation errors (but that's what editors are for, right?) and happens to be set in a place called "Middle Earth."

That was a really long sentence.

So I will inject a free third lie: Sentences are not allowed to be that long.

You must always count the words in your sentences. Once you have gone past the number seven, insert a little black dot followed by something you typed using the shift key.

How long was that sentence, anyway?

Maybe I should not say this. In my book, Winger, coming out from Simon and Schuster in spring 2013 (and, by the way, it is completely finished with edits and on its way to copy editing, page design, and illustration)... um... there is one sentence that has 233 words in it.

Oh yeah. The other lie.

That is not the lie.

I really do love him.

So much he would undoubtedly be uncomfortable about it. If he had a pulse.

But this is wrong:


The first draft of anything is shit.

Hemingway said it. The big fat giant THEY keep repeating it at expensive writers' conferences.

I'll bet my house that some knucklehead with thick skin and a fat wallet even got that shit tattooed on his body somewhere.

But it is wrong.

No, the first draft of anything is NOT shit, you moron.

The first draft of something that is going to always be shitty is shit.

Even you wouldn't eat it.