the future of mankind is... um... inside our jumpsuits 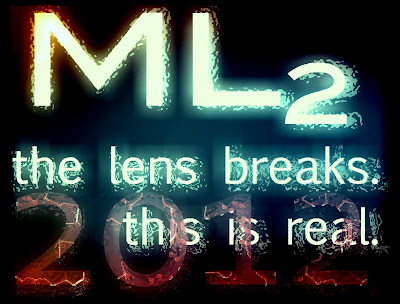 You know, the shorty-short stuff inside dust jackets or on the back of the book that serves to abbreviate the attractive elements to a story?

So when I read it, I keep reminding myself that it is no good. In fact, I often will not read jacket copy on a book until I'm nearly finished with the book, and then, I'm usually, like, eeewww!

I'll be honest yet again: A good cover will make me pick up a book. If I put it down, it's because of the jacket copy (which I won't read at all if I'm seriously thinking about reading the book). I won't even pick up a book with a bad cover, or if it has a cover that would be embarrassing to carry around.

The Steve Jobs cover is good.

You know what it says to me?

It says, "This man is insane."

If it were the author photo on the back of the jacket, as opposed to the cover, I would never touch that book.

That is another thing: If a book has a full-cover author photo on the back of the dust jacket, I will not pick it up. If you are such big-name author that your publisher would actually suggest printing a dust jacket with a photo of YOU as the entire back cover, and you (assuming you are that big of a name) actually are okay with that, you know what it says to me?

This author is insane.

I mention all of this simply because over the weekend I was reading some short jacket-copy summaries for books that are going to be coming out in 2012. I will not say what books they were, or name the publishers or authors, but they all sounded unreadably horrid.

But that's just what jacket copy does to me, I think.

So let me circle my literary wagons and offer an intervening blast at jacket copy for 2012's Passenger, my book, the sequel to The Marbury Lens.

A magical flying unicorn that shits frosted raspberry cupcakes from its ass enchants the whimsical world of Marbury, turning it into a fanciful playland...

Fooled you, didn't I?

Bet you want a frosted raspberry cupcake now, don't you?

How about this - the version without the unicorns and cupcakes:

Jack and Conner prepare to leave for England. They have a plan. They think it's the only reasonable way to deal with the Marbury lens. But the four boys - Jack, Conner, Ben, and Griffin - end up scattered in different places at different times. Jack is lost in a Marbury that isn't Marbury, a Glenbrook that isn't Glenbrook, pursued through every crumbling not-world by an uncaring cop trying to solve the mystery of Freddie Horvath's murder, and a deceitful kid named Quinn Cahill who believes he is the King of Marbury. Jack's universe is collapsing in on itself. He finds his friends. He finds his home. There's always just one thing, and Jack knows it. This can't be it.