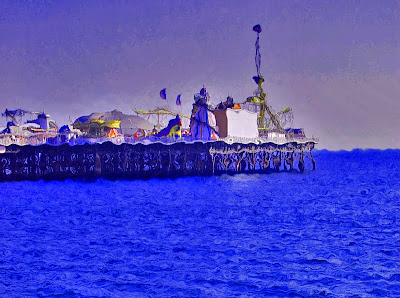 So, continuing on with the Teen Read Week posts, I thought that today I'd like to share some bits and pieces from the talks I gave to high school kids this week -- a Drew mix tape, as it were. And tomorrow I'm going to add some things from my own kids that I teach.

A lot of people will tell you that writing is hard, but it's not. Writing a book is actually really easy. There are lots of things I've done in my life that are harder than writing a book, and some of those really difficult things, like saying goodbye to someone you love, actually helped the writing thing get easier.

I've run and completed thirty marathons in my life. And between the ages of about 19 and 21, I was a boxer. And every marathon I ever ran, every time I stepped into the ring against another fighter, at some point during all of those tests, there were moments when I actually believed I was going to die, that my life was going to end right then and there. That's how hard those things are. I have never felt like I was going to die when turning on my computer and booting up Microsoft Word, though.

So writing's gotta be easy.

When I was a kid, I hated to read. There's nothing wrong with that. But a switch got flipped in my head around the time that I was fifteen. It happened at a library, where I actually chose something to read without it being forced upon me. Boys don't like it when they're forced to do something. That's probably why I pursued writing when I was in college and afterwards -- because my parents were against the idea of my not having a "real job."

I'll share with you some of my not-so-hidden hidden agenda: it's about boys and reading. We know that in the last 30 years that boys' reading and writing scores have been going down. It's like they're getting dumber. Girls, do you not agree with me that boys are getting dumber?

If boys' scores for reading and writing are going down, then we must be doing something to cause that decline. We need to fix it. We need to give the message back to boys that reading and writing are not girly things. We know that boys are now far outnumbered by girls in admission to college and earning degrees. If it keeps going like this, in twenty years, males will become second-class citizens.

It all has to do with reading and writing. In fact, there is nothing you will ever do that puts a roof over your head or food on the table for your family that doesn't have something to do with reading and writing. Whether you serve fast food at a burger joint or throw footballs for an NFL team, the guy who can read and write better is always going to have an edge over the guy who can't.

Okay. So now I'll get off my soap box.

One of the biggest motivations for me to write the kinds of books I do is my son. At fifteen, he is very different than I was. He's always been a dedicated reader. I think that has something to do with the fact that ever since he was born, I've read to him. As he grew and began choosing his own books, I realized that there is a serious -- criminal, even -- dearth of Young Adult novels out there which portray boys as just regular boys -- guys who have flaws, make mistakes, show poor judgment at times, and maybe even get into fights with their best friends over stupid things, while still exhibiting those human and universal characteristics of loyalty, self-sacrifice, and sometimes shallowness, that we expect from real, human boys. There are plenty of YA novels out there that portray the realistic struggles and conflicts of growing up girl -- and I could list dozens of them, just released within the last few years, by outstanding women authors whom I totally respect, admire, and envy.

But the stuff for boys just isn't there.

Or... if you're a boy, in a book, and on the shelf of a bookstore, then you're probably a vampire, dead, or have magical powers.

It seems like if you're a boy in a book and lack those non-human characteristics, there's a message that you have no universal story to connect to the boy readers on the other side of the page, and you're powerless as a human being. Because real boys are dumb, don't read, can't write, and don't have any interesting or valuable stories.

The subliminal message here feeds into the dumbing-down myth of boys as far as reading and writing are concerned.

Don't get upset with me. I'm just pointing this out. Go to a bookstore and tally titles for yourself. Art reflects life, right?

Let's give them something to read.

That's why I write what I write.

But I will tell you the number one thing that keeps me going, the best part of being an author. It's the dozen or so letters and emails I've received over the past year from kids who told me that my book was the first book they ever read from cover to cover, that they really liked it, and, Mr. Smith, would you please write another one?

When one of those switches gets flipped.
Posted by Andrew Smith at 3:40 AM