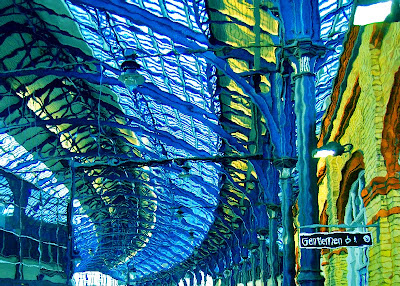 This review is coming up in the November issue of Booklist. And, I have to say, this is a great review that avoids the boiled-potatoes synopsis approach and actually takes a position on how the reviewer feels about my recently-released in the path of falling objects:

Jonah and his younger brother, Simon, have it tough, and it's about to get tougher. Their junkie dad's in prison, their mom's abandoned them, and their brother is off fighting in Vietnam. The brothers hit the road and hitch a ride with Mitch, a sociopath, and his pregnant companion, Lilly. After an intense opening murder scene, the book only grows bloodier during the journey through the southwestern desert. The story unfolds through multiple viewpoints, including missives from the brother in Vietnam that become increasingly more unhinged. This counterpoint effectively mirrors the brothers' increasingly violent and desperate plight, unable to either stop or get away from the lunatic at the wheel. Like all great psychopathic characters, Mitch steals the show for much of the story, but Smith also deftly layers in the kind of sibling tension that verges on hatred. A relentless, bleak thriller that nails the claustrophobic sense of being totally out of control, and moving fast.

Now that's what I call a review... from a writer who obviously gets it.

Thank you very much, Booklist.
Posted by Andrew Smith at 3:46 AM