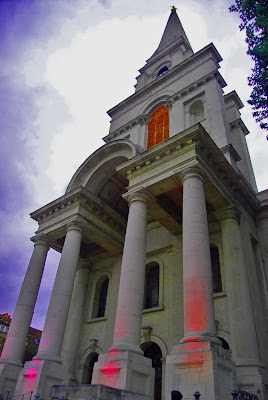 But I mean that in a good way.

And I'm not dropping names, but I do know that sometimes a couple very good authors of scary stuff stop by here and actually read my blog.

The thing is, when I was a kid, I used to love to read any scary book or novels by Stephen King I could get my hands on. I loved that kind of scary stuff. And now, here I am getting all the final work done on my third book, The Marbury Lens, a departure of sorts from my realistic earlier works because it is pretty damned scary.

People often ask and wonder, I think, if you have to be a little bit twisted to write scary stuff.

I think that in order to write content that succeeds in scaring readers, you have to really own and embrace those things that scare you the most. At least, that's just my opinion. But I do often lie awake at night trying to imagine the things that strike the deepest terror in me.

I am terrified of potato bugs. So you know what I did? I studied them. I know just about everything you could possibly know about potato bugs: their scientific name, what they eat, where they are found, their life cycle. Knowing that stuff doesn't make them less frightening to me, but I do feel a sense of ownership over something that is truly horrible.

And like the kids of things that happen to some completely innocent (and maybe not so innocent) characters in a place I've had dozens of nightmares about, called Marbury.

But there aren't any potato bugs in Marbury. Way worse stuff than that.
Posted by Andrew Smith at 3:29 AM