again - the why chromosome

So, Let me put this a little in context.

Last Friday, a group of us guy authors spoke at ALA about guys and writing and guys and reading.

Here's one thing that struck me: Jon Scieszka showed a graph that was about ten years old or so that illustrated the achievement gap in reading at various grade levels between boys and girls. I do not have the graph, but in my artist's memory, I can recreate the essence to look something like this: 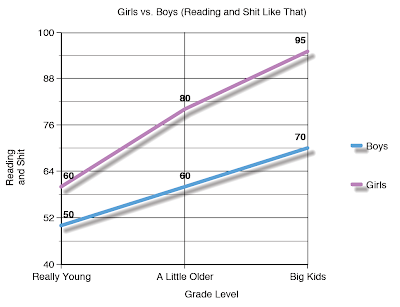 Graphs are fine, and data can tell you pretty much whatever you set out to prove, but what I've always been interested in (and this is the essence of the clever titles of these posts) is WHY.

Why does this happen?

Modern research (since 2010) into neuro/physiological development of the brain in girls and boys shows that although girls' brains develop language processing abilities a little sooner than boys, by grade six there is no longer any difference.

What happens, then, is more message driven, sociological, and cultural.

So I asked if people in the audience remembered this: 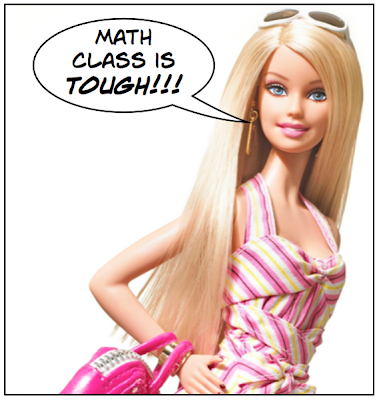 The message we were giving girls, expressed in all forms and manners but highlighted by Mattel's postmodern icon was that girls were SUPPOSED to be good at certain things (like having freakish physical dimensions) and SUPPOSED to be terrible at others (like academics, sports, and so on).

Once we got rid of those prevailing assumptions, girls began to catch up in a broad range of fields in which they had been lagging behind.

Now, since the 1990s, for whatever reasons, we've been TELLING boys that they can't read and that they shouldn't enjoy reading or writing because they suck at it.

One academic study from 2011 suggests a commercial motive behind this more than 20-year-old campaign.

We tell boys this: 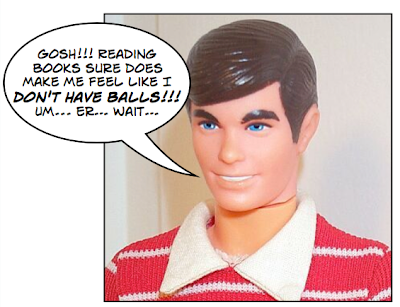 First off, as I pointed out on Friday, let me say this: Whereas Barbie made an awful lot of girls feel that there was something WRONG with them, every boy who EVER played with a Ken doll KNEW there was something dreadfully, miserably wrong with Ken.

The bottom line is this: It's a buy-in. Every time people present studies showing a gender gap in reading achievement, the erroneous assumption is that the gap exists due to some innate flaw among boys as a homogeneous population, as opposed to a cultural campaign to convince boys that reading is not masculine, and something to be avoided.

This is the inescapable truth: that we can't make an assumption about literacy and language based on entire populations of gender because in the communities and cultures and schools where reading is fundamentally valued, ALL kids read.

Where reading is NOT valued, fewer kids read -- more of them girls than boys because boys have more accessible outlets for their diversions.

I'll continue this, as I always do, later.

I do most of it right here. 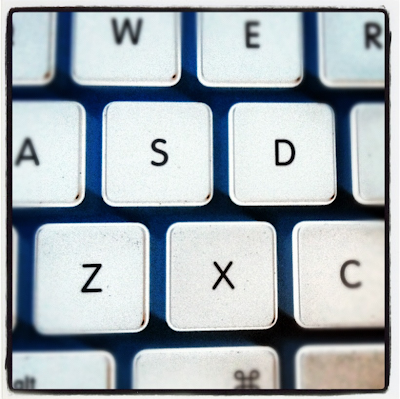