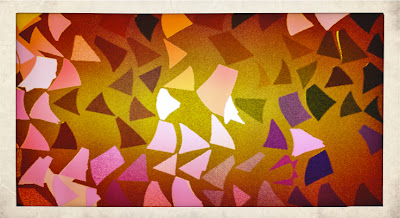 Last weekend, Charles sent me a list of questions he wanted to ask me for a psychology class.

Hmm... I thought, I could come up with some good psych-type questions to ask writers, but they would probably get mad at me if I did.

I think maybe that Charles' questions were geared toward the Maslow's hierarchy, personal satisfaction kind of spectrum, though, as opposed to the kind of questions I'd probably ask that might tilt toward other, more self-compromising admissions.

In any event, I thought I'd share a couple of the questions and responses:


Buy Apple stock. That, and (not that this would have ever changed anything about my path or determination) the easiest part of this whole gig is the part that most people think is the hardest -- writing a book.


Compared to the other steps on the road toward traditional mainstream publishing, that first step -- the writing -- is by FAR the easiest.

And this reminds me, too, about why I feel so strongly about not devoting too much serious thought or energy toward asking "pros" how they got there: I don't know any two people whose paths toward "getting there" were the same. If you know where you want to go, aim yourself in that direction and go.

I was really stupid about a lot of things just starting out. And I am still pretty stupid today. I still don't know what a lot of common editing marks mean, but I'm far too egotistical to ask -- so when I see a confusing squiggle, I'll usually just ignore it and hope it goes away, just like the man who stands on the hill behind my house every night staring at my windows.

Here's another one: About a week ago, my editor used the term "blad."

I am not making that up.

I suggest if you are an aspiring author and you honestly expect to EVER succeed, you need to know what a blad is.

If you do know what a blad is, send me an email. I don't want to seem dumb and ask.

Be excellent. This is a competitive endeavor, and a lot of those entering the field are overly consumed with fitting in -- being "like" something else. Be more than anything else out there and you'll do fine, but you can't be lazy and you can't expect that anyone else will pick up your messes. Oh... and one more thing: EDITORS DO NOT CORRECT YOUR SPELLING ERRORS (they are far too busy dealing with blads and shit like that).

Know your language before you ever even try getting your foot in the door to the blad clubhouse.