in which i discuss sports 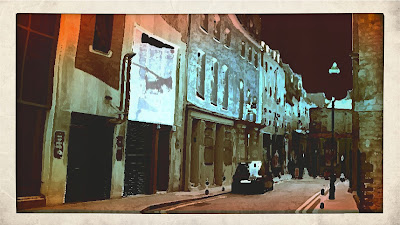 Early next year, the second Andrew Smith-sired book waiting in the delivery room will pop its head into the atmosphere.

[Note: I will have two completely different releases in 2013. That makes three books in the next year-and-a-half. Squee. The other 2013 book will be revealed here very soon.]

So, about the sports thing: The narrator of Winger is a high-school kid who happens to play rugby (Union Rugby, which is undoubtedly the most demanding, brutal, and elegant game ever invented).

The sport of rugby is far from the most important element of the story -- this is not a "sports" book -- but it does make a difference in the things some of the kids do and the way they relate to one another.

Here's why. Anyone who has ever played rugby will tell you that beneath the obvious complexities and physical demands of the game is a code of behavior that becomes an elemental character issue on and off the field of play, and this is perhaps even more important than the laws which dictate the visible manner in which the game is played. I think among those unstated features of the sport are: singing (all rugby players must sing and know songs of varying degrees of impropriety), civility (even when you don't like someone), a sense of humor, and honesty -- owning your limitations and your mistakes.

I think tennis used to have an unstated code, too.

You know what happened to tennis?

Dear America: Please do not "happen" to rugby.

Control yourself for once in your goddamned history.

But I digress. Winger is not a "sports" book, because it isn't about athletic rivalry, the big game, or winning "State." There are a couple matches in the book, and I think it's fun to see what happens, but the real story is what happens to these kids off the pitch (Rugby is played on a "pitch"). The book is really about love and friendship, with several comics, and a couple haikus thrown in, too.

The comics in Winger are being illustrated by Sam Bosma (I have seen his sketches for the book, and they are fantastic), and the book is being delivered into this universe by Simon and Schuster.