why do they make purple skittles? 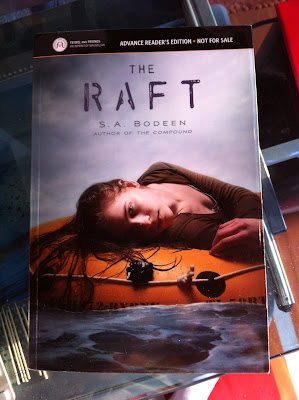 I read an awful lot.

I rarely talk about what I read, because I almost never read "current releases."

Nobody cares what I think about books, anyway.

Guess what? Nobody cares what almost anyone thinks about books.

I also don't talk about what I read because I am an author, NOT a reviewer or book blogger. I do not believe I could be both author and reviewer or book critic without feeling deeply troubled about my personal ethics.

Before anyone gets ticked off at me for saying that, note the use of the pronouns in the preceding paragraph. I am not making fun of you or talking about you, I am talking about someone who quite clearly is not you.

Same thing always comes up if I write about how I never watch television, can't recognize or name Hollywood celebrities, and have the inability to sit through a movie. People think I'm condemning their behavior or values. I am not.

Now that I have cleared that up, I am NOT going to write a critical review of S.A. Bodeen's upcoming release, The Raft. I am just going to explain why I liked this book very, very much.

But first, a side note: I really LOVE the cover of my book, The Marbury Lens.

[I know. You're probably saying to yourself: Is he really making this about HIM? Yes. Yes, I am.]

I actually used that word.

The main character's name is Robie. It is pronounced Row-bee. I asked the author. I "hear" words when I read, so I needed to be sure.

Here's all I will say about the story part of this book: Robie gets stuck on a raft in the middle of the ocean with a guy who has a massive head wound.

Except for the head wound part, you could tell all that from the cover, anyway.

But things get worse. Not only that, but this book has a couple honest-to-God-I-never-saw-that-coming twists in it, too, which confirms my suspicion that S.A. Bodeen doesn't waste a lot of brain space memorizing goddamned email passwords and shit like that, so has adequate territory remaining to think up stuff that is really, really smart.

I have read all of S.A. Bodeen's YA books, beginning with The Compound. Here is my story about The Compound: I picked up an ARC of it right after signing my first publishing contract (squee.) when I traveled back to New York to meet Liz Szabla and Jean Feiwel. Maybe this was in 2006. I can't remember. I gave the book to my son, who was 12 or so at the time. I remember him sitting next to me, reading it, and he got to THAT ONE PART and he actually gasped out loud. So I had to read it, too.

The thing is, with The Raft, S.A. Bodeen's craft and technique have matured so much. The prose is at times poetic and often jangling; and the story jumps off the pages and grabs you by the throat.

Some of the first chapters are so short and punchy, you just can't stop turning pages.

Attention: Any parent who complains this summer about their kid watching too much television or playing too many hours of video games, shove this book into their twitchy little hands.

This is a book for summer. It comes out in August.

I recommend that you do not do what I did and read it on a very turbulent airplane. If you are a real thrill-seeker,  you may want to read it on a hot beach. Um. Maybe not.