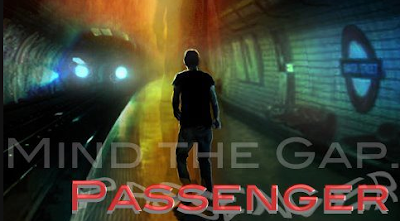 Having a book come out is kind of like being pregnant.

I watched my kids being born. It looked like it hurt.

Just think: If you got pregnant last month, you could be reading Passenger in the delivery room!

If you got pregnant last month, and you were reading Passenger in the delivery room, the earth will have traveled 450 million miles through space from where you were at the moment of conception.

I'll bet you did not say to yourself, "I think I will travel 450 million miles and then deliver a child."

And the way the universe is going, it is getting harder and harder to crash into shit. Sorry to dampen the anticipation of the big asteroid hitting us two months after Passenger comes out.

A while back, I listened to a cosmologist speak about the existence of alternate universes and what is actually real. It was kind of research on Marbury. He said something like, every time you get out of bed in the morning, there is another you in another universe who sleeps in, and other yous in other universes who have not been born yet.

He was smoking some real top-notch weed!

But seriously, I feel like I've been kind of neglecting Jack and the kids because of all this other book stuff that's been going on. And I realized, after having made corrections and approvals to all the final little hyphenations, word mutations, and punctuation marks in the 540 pages of Passenger, how much I missed being in Marbury after all this time and so many miles of space travel.

Passenger will be here sooner than you think.

I had a dream last night that I received the artwork for the cover. I can still picture what it looked like. It was just a dream, though. The cover, as far as I know, is still millions of miles away.

But I thought I'd tell you a little bit about the story.

You want to know, don't you?

Here goes. Jack and Conner try to "fix" things, so all the boys (Jack, Conner, Ben, and Griffin) won't feel so lost and hopeless when Jack and Conner go back to England to attend school.

Things get messed up. Big time.

Marbury and the kids' California hometown blend together. The kids are all dumped in different places at different times. They don't even know each other. When Jack gets back home to Glenbrook, his best friend doesn't know a thing about what's been happening, Ben and Griffin are gone forever, and the police are investigating why Jack Whitmore has something to do with the murder of a doctor whose body was found abandoned on a country road.

And it gets even more messed up than that.