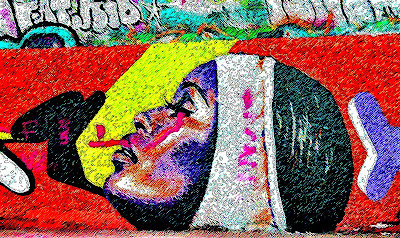 I realize that when you post stuff on your blog every day, sometimes those posts are going to rock (like yesterday's and Thursday's -- which kind of creeped some people out), and sometimes they're going to suck.

I figured if I really wanted to write a sucky blog entry that I'd be pretty good at it. I'd probably do dumb stuff like tell the truth about what I'm going to do today, or confess that I'm stressed out because I'm meeting some people later and I've developed a zit on my chin. Those kinds of posts. They suck ass.

Lately, too, I've noticed that a number of people whom I follow -- writer types -- are posting things about how they're forcing themselves to take a break from their computers because they're on them too much.

How can you be a writer and take a break from your computer?

Which I don't get, either. In fact, I don't even know what Mad Men is, I just said that because it seems lots of people who want to swear off computers know stuff about Mad Men, or Glee -- whatever the holy hell "Glee" is, too.

I do not watch television. Not one second of one episode. Ever. I wouldn't know Ugly Betty from Adam Lambert. I shit you not. You want to kick my ass? Play me in TV Trivial Pursuit. I'm about as good at that shit as Rush Limbaugh is on the balance beam.

Now, I'd watch that shit on TV.

You know why I can name off these people? Because I read. I read blogs and newspapers on line every day. I have to. And I don't feel the slightest remorse about it, either.
Posted by Andrew Smith at 5:23 AM