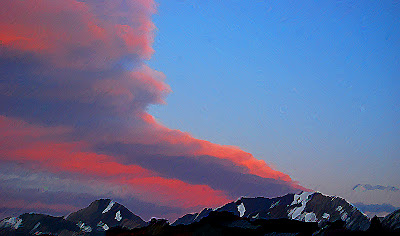 I am sailing through this work.

But my head is fried.

When I was a kid, my cousin and I took his 27-foot sailboat out of Trieste, Italy, down the Adriatic coast of what was at that time called Yugoslavia.

The sailboat was called "Donald Duck" (in Italian).

Two of his friends came along, as well.

Sailing, even on as calm a body as the Adriatic, is pretty tiring, because boats don't just go by themselves in the middle of the night. Someone always has to be working.

We stopped at a few really small coastal cities on the way, and we'd get off the boat and eat or drink in casinos or cafes.

I was the only one of the four of us who spoke English. Mostly, the Serbs and Croats I met were fascinated by the lone American on our boat. Sometimes, the officials who'd inspect our papers when we docked seemed to take an extra-long amount of time looking through my passport and belongings. I think they were just curious about an American being there.

After all, this was during the height of the Cold War, when Yugoslavia was ruled by Tito. I spent a lot of time there as a teen. I don't think I ever ran into another American, though.