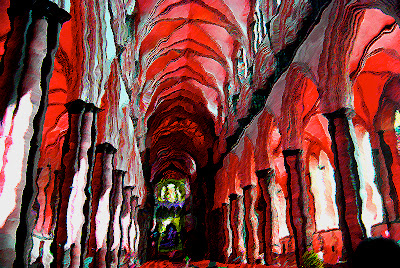 I know I haven't been totally honest with you in the past, but now I feel it's time to come clean.

I'm going to be leaving you.

Maybe I shouldn't have stayed with you all those times in the past when you just wanted to sit there, doing nothing, going nowhere. Those times when it was all me and you gave nothing back.

I know it was hard on you when I suggested you trim down, lose some weight, that maybe you'd increase your energy that way. And, you have to admit, I was right... that you look a lot better now that you've dropped a few here and there.

Maybe I should never had said stuff like you totally suck, and do you honestly think anyone is ever going to believe in you? But... what can I say? I'm weak, and I was admittedly overly critical of your flaws, at times.

Anyway, we can both see it coming, babe. You can pretty much stand on your own now, and no matter what I do, we both know this can only end one way.

So, go ahead. My hands are off.

I know there's no way for either of us to stop you from ending it.

It's been a ride. Just get it over with quickly.

And don't jam the printer on your way out.