in which i blog about barry lyga 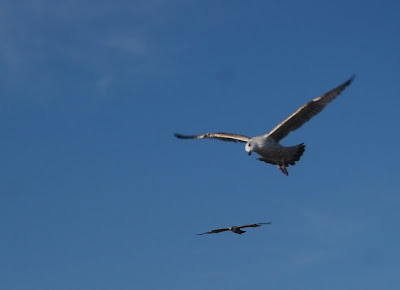 This past weekend, I did something that I didn't think I'd ever be able to do.

I met the author Barry Lyga last year. We were both doing a reading in San Francisco, and I'd heard a lot of not-crappy stuff about him from friends of mine, so I read his book Boy Toy, and I thought, wow, this guy is pretty good.

Actually, the book is amazing.

So, anyway, it seemed like Barry and I were pretty much on the same page about how we write and, in particular, how we edit. And the guy was really cool and likable, too. He even gave me a Goth Girl figurine, which I still have to this day, in its original wrapper for two reasons:

1. I have never gotten anything from another writer, especially not one who's been reviewed by the goddamned New York Times.

2. I suspect it has such a high lead content that if I unwrap my Goth Girl figurine I will die of blood poisoning by 3 PM today.

I know, this is a really long introduction to the point about what I did this weekend.

Anyway, I ran into Barry over the summer in Washington DC, too. He showed me how he was writing a graphic novel on his iPad. And I was, like, damn. This guy does everything. It makes me want to lodge my Goth Girl figurine sideways in my trachea.

Okay. So, where was I? Oh yeah. One of the things that amazes me about Barry is that he can work on about a dozen things all at the same time. And I'm, like, dude, that would make me insane. I can only do ONE THING AT A TIME.

And Barry said something like, oh no... once I started writing five or six things at once, I realized I would never go back to monoscribery. (I made that word up). But he did say something like that.

Okay. Now I can say what I did over the weekend. Over the weekend, I channeled my inner Barry Lyga. I worked on FOUR different writing jobs all at the same time.

And I'm going to keep it up until every one of them is finished.

I think I can actually do this.

And I will be working on the Marbury figurines, as well.