being the bad guy 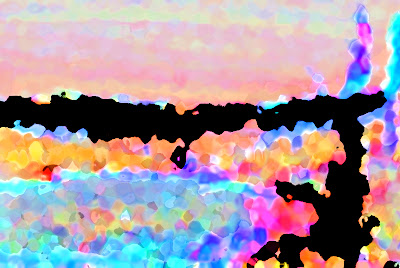 All stories have bad guys. Well, antagonists don't necessarily have to be "guys." But I like my antagonists, because they provide some of the best, most escapist, refreshing diversion when slogging through the work of writing.

Like good guys, I think bad guys are also part of the internal psychology of the author. Some writers may bristle at that thought, and maybe that's why some authors choose to make their bad guys totally over-the-top in terms of their behavior; and totally shallow in terms of their personalities. That's a kind of defense mechanism, I think, because some writers write as though making their bad guys have identifiable human qualities will be personally compromising to the author.

I think the baddest bad guy I've ever made up was Chase, in Ghost Medicine. Chase is soulless, and he doesn't care about anything at all. I'll be honest that I kind of feel sorry for Mitch, from In the Path of Falling Objects, because, although he is very cruel, he has moments of compassion and we all know that he's genuinely ill. In fact, I've received a lot of comments from readers of that book telling me how strongly they identify with many of Mitch's quirks. And the bad guys in The Marbury Lens are a little more subtle, too, because most of the characters act as bad guys at times. Jack is frequently his own worst enemy, and even his best friend, Conner, betrays him at one point. And then there's Freddie -- a really nice guy, model citizen, good Samaritan -- on the outside, at least.

I was just thinking about this today because I've read recent efforts at novels where the bad guys are so disappointingly shallow and unconvincing, and I happen to be writing a new bad guy at the moment, who is one ton of fun.
Posted by Andrew Smith at 7:16 AM