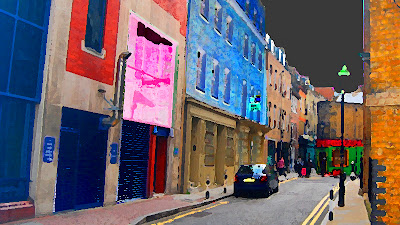 Some people need to grow up.

Not my kids. I asked them a long time ago if they wouldn't mind staying small forever, but they grew up.

Maybe I shouldn't have fed them.

Maybe I shouldn't have let them learn things and get experiences and develop a view of their own.

I think my writing has grown up. I know it has. Because I started writing books for my own son to read... and look at him now, he's six-foot-three.

But I can't keep running around the same track for him. He's growing up. He's a Young Adult. And he's six-foot-three. I think he would beat me up if I wrote a book for him about the last girl to get asked to the dance in junior high school.

And I would deserve it.

I say this because kids do grow up.

Some grownups get stuck, though. Some grownups who'd "discovered" YA way back in the day, and then decided that YA was the greatest thing on earth get stuck running around the same track. They think kids never grow up. They measure all YA against the yardstick of the first YA that really hooked them in -- the one about the lonely girl who's desperate for the cute boy to ask her to her first seventh-grade dance -- and they think that all YA equals exactly that.