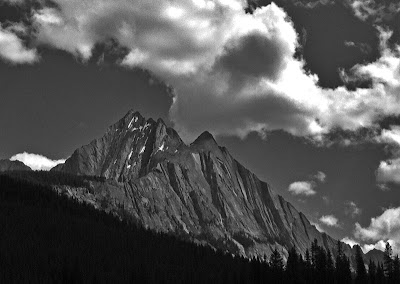 Attention: This may be a lengthy and convoluted post for reasons that will eventually, hopefully, become clear. It may also contain an expletive or two, but they will be necessary and not gratuitous.

One of the things I like to work on with young writers is the use of dialogue as character development. When kids write, they frequently have a tendency to omit dialogue and just "tell" the story. To get around this with the young writers I coach, I use an exercise that is pretty simple and quick, and can sometimes lead into interesting story arcs.

Here's how it works: As a group, we pick some random object, a place, or a situation. They can be anything at all, and actually, the more ordinary they are, the better (sunglasses, at a frozen yogurt stand, watching someone get a traffic ticket, etc.). Then I have the kids write four lines of dialogue. They don't have to use dialogue tags (not a big fan of them), but they can. To make it even easier, they can even write in script format. In their dialogue exercises, they have to write four lines based on the following three situations:

The reason I mention this exercise has nothing to do with teaching kids how to write, or how to think about dialogue. It's more about what I do, and what my great big giant problem is. I have no problems with 1 and 2 (above), but I can not pull off a number 3. Don't even want to try.

Oh sure, I'll do it for the kids in my class, but it's the big reason why I don't write books with female protagonists. I'm deeply afraid that if I ever did, I would descend into stereotypical presumptions about the need to shop, getting nails done, or talking about how fat (fill in the name blank) looks when she wears that (fill in the article of clothing).

Now I know plenty of writers (male and female) who do absolutely rocking opposite-gender POVs, but not me. I can't do it. Mostly, I think, because I just don't want to do it.

The reason I make this long confession has to do with my forthcoming novel, The Marbury Lens (November 9, Feiwel and Friends), and the personal struggle I had with certain elements in the book. It's why I got a lot of wonderful advice last year from other writers, kids, bloggers, booksellers, and librarians, and ran their essays on this blog.

The thing about Marbury was that to really pull it off, I had to make the "real" parts seem really real (three uses of the root "real" there), so that the scary parts would be especially jarring. So, there are lots of disturbing "issues" with the book (and I'm barely scratching the surface here... I may come back to some of those issues eventually. Or not.).

This is a book where boys (realistically) talk to boys. Sixteen-year-olds, Californians, to be more precise. So I put this out to you as a question (and please don't respond unless you happen to actually BE a teenage boy, preferably in California -- and, by the way, I talked to hundreds of them when writing this book): How frequently, would you estimate, does a sixteen-year-old boy use cusswords when he talks, unobserved, not in the presence of mom, dad, or teacher, to another sixteen-year-old boy?

It's a punctuation mark.

Now I know there are people out there who are going to say things like you should use a better word. What word is better? And besides, it's not a word to a sixteen-year-old boy. It's a punctuation mark.

People who know me (there are a couple) know I do not cuss when I talk. But, when I write, I write whatever comes out.

I'll continue this discussion of the use of the word fuck tomorrow. Feel free to express your concern, as one reader has, about my being "rife with expletives."

Who uses the word rife, anyway?

You could use a better word than that.
Posted by Andrew Smith at 8:52 AM