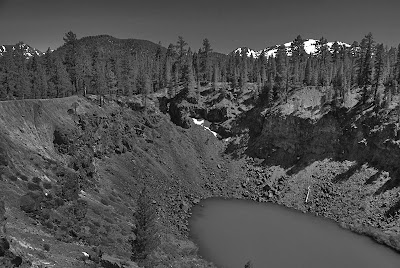 I have author friends who believe that the publishing industry is anti-male, and I disagree with them that there is a gender bias as far as writing is concerned. Now it is true that there are an awful lot of women in the publishing industry -- agents, editors, marketing, and just about every other player you can name, but there's no agenda there -- to me, it's just a reflection of what our schools have subliminally -- and overtly -- told boys for the past 30 years.

In addition to the message that schools are delivering -- that reading is a feminine pursuit (see the Teacher Librarian report), and the way that boys are being "expected" to learn: through cooperation, collaboration, reflecting, and all kinds of other processes that are boy-hostile, there are other factors which predict significant declines in boys' achievement in education and the opportunities that arise from academic skills. I do worry that the decline of reading in the home, male role-models as readers, together with the combined effect of the innate attraction boys have to spatial, competitive, and physical modes of learning may, as Judith Kleinfeld suggests, push boys toward evolving into a social and economic underclass.

The reason boys are not writing as many books as girls is that boys, in general, have bought in to the idea that reading and writing are feminine pastimes. So we have a chicken/egg conundrum here. It's not because the grown-up girls who edit, agent, and publish YA won't let the boys over to play.

Studies by people like Michael Gurian, among others, show that girls enjoy reading books about boys... you know, boy stories... just as much as boys do. But boys don't enjoy reading what they perceive to be "girl stories" very much at all (as a general characteristic of the population).

But if there is a conspiracy afoot at all, it has far less to do with the publishing/writing business than it does with our public schools and the efforts that families need to be making: taking personal responsibility to help their own children -- boys and girls -- succeed.
Posted by Andrew Smith at 6:50 AM