the future of america 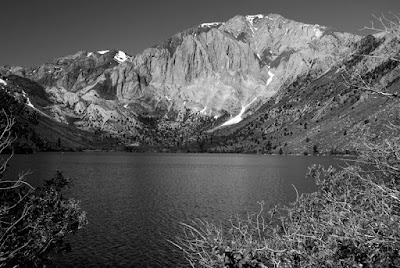 At the request of some of the audience members at last weekend's ALA Annual Conference, I am going to reprint a "cheat sheet" from some of the things I talked about in my speech (in multiple parts):

In this decade, boys have been referred to as "the new disadvantaged," for a number of reasons: There are plenty of studies that show how boys' reading and writing scores have increasingly declined relative to girls. Boys, compared to girls, are also much more likely to be labeled as "Learning Disabled," disciplinary problems (and significantly higher rates of suicide, too).

If boys' achievement scores in reading and writing are declining, and they are reporting less time spent on reading and higher rates of discouragement, what can we do to help bring boys back as readers? Because I know it didn’t used to be this way, and declining scores indicate that we are definitely doing something wrong. I mean, you would think we could at the very least maintain stability in reading and writing levels.

1. The male reader role-model. Studies reported in The Australian Journal of Education (April 2008) showed that boys' perception that reading is a feminine pursuit has a great deal to do with the over-representation of female reading role-models in schools and at home, particularly -- for American boys -- during grade school years, when boys are developing their sense of gender role identity.

Bottom line: we don't have enough guys teaching, especially teaching reading to kids under the age of 13. And we don't have enough DADS reading at home. A 2006 study conducted in the U.S. went on to show that boys at this age also perform and achieve better for same-sex teachers.

Be warned, too, as we see the American economy transforming before our eyes -- shifting away from a labor force that emphasizes brawn, to a smaller, more educated labor force that emphasizes brain -- there's nothing we can do about the shift itself. This phenomenon occurs in economies throughout history as resources and specialization -- the human division of labor -- become geographically confined. Dads, schools, teachers, mentors: we have a responsibility to our sons.

Dads with teenage sons and daughters (like me) know this is true.


Think about what it means to be "differently literate."

And then, go get your kid an iPad and download some Macmillan books for your son to read.

3. What boys say they like. A study in the journal The Reading Teacher (November 2009) points out the sad truths about the global crisis as far as reading and boys are concerned, but went on to look at what boys "like" when it came to books.

First of all, I can't understate the importance of choice when it comes to encouraging boys to read. Boys need choice. Too many schools, as one study points out, actually discourage boys from reading by doing things like limiting the number of book reports they can do on certain genres of fiction, or making them choose titles from limited lists.

• Books that "looked good." Yep, boys liked books with cool covers. As a matter of fact, just a day after returning from ALA, I received an email from a boy whose parents brought home a stack of books from the conference. He told me that he chose to read The Marbury Lens first because of how much the cover grabbed his attention (He also said he loved the book).

• Boys like series books, or preferred to stick with a particular author (Star Wars books -- this was one of the titles mentioned where a boy was told he could only do two book reports -- so he quit reading).

• Boys like following a character through a number of situations, even over the course of years for series books. Boys said they preferred characters who weren't depicted as perfect, but had flaws.

• Boys respond positively to book discussions when they establish partnerships with other boy readers. Particularly, they like to respond to the question, "What do boys like to read?"

And... parents of boys, librarians, and teachers of boy readers really enjoyed taking part in this conversation.
Posted by Andrew Smith at 11:04 AM