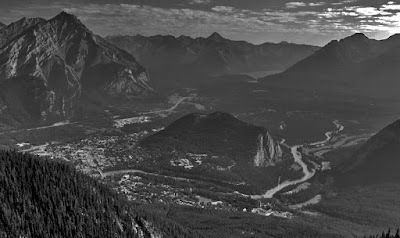 I was asked recently to discuss the "best advice" I'd ever received about writing or being a writer.

I have a really hard time deciding on "bests" of anything. I just can't do it. I don't have a "favorite" anything, either. Not color, food, animal, time of year... nothing.

But I could list my top three bits of advice people habitually give about writing that I think are terrible rules to live by... and here they are:

1. "You have to have a thick skin." I've said this before: Having a "thick skin" is exactly the opposite of what makes a writer. Being insensitive, unfeeling, insulated from things going on around you is the perfect step one to being a crappy writer. If, when the great big giant THEY, say that but mean that you have to let rejection and criticism slide off your back, well... that just can't be done. It's nice to think about, I suppose, but every writer feels criticism. There's just no getting around it.

2. “Show, don’t tell.” I think most people who say this don't really know what it means. It's one of those generic criticisms when someone reads something they know is crappy, but they can't precisely say why (or they want to avoid telling the truth). The bottom line is that all writers are storytellers, and, as such, there are going to be passages in any written prose that are more "telling" than "showing." Telling is sometimes absolutely necessary, and something that is pure "show" is going to be a wordless picture book. Don't even try arguing that point, because you'll be wrong. Now, a good writing coach will be able to talk about passages that "show" and those that "tell," and why one may be more effective, at times, than the other. But it's just like the "avoid passive verbs" mantra. Both of them are B.S. "talking points" memorized by hacks.

3. "Don’t quit your day job." Why not? Sometimes, putting yourself out there and experiencing the unpredictability of human beings and day-to-day experiences is something that can't be matched in terms of its ability to help shape a writer. You want to talk about writers who've done exactly that and the work they later produced? We could spend all day. Take a risk. Trust me. Quit your day job. Then tell us about it.
Posted by Andrew Smith at 11:56 AM