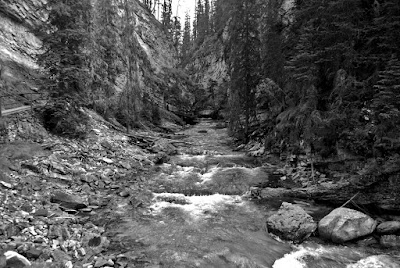 Back in 2005, the journal Teacher Librarian published a fascinating study that covered the spectrum of boys' attitudes toward reading, including why some boys read and others don't, and what can be done to get more boys into books and other forms of literacy. Here are just a few of the report's findings:

• Boys have a good attitude about reading: 45% consider it to be nerdy, 23% think that it is cool. I always though nerdy was cool, so that's a pretty sizable majority.

• Older boys who had lost interest in reading usually think it is no longer relevant to their lives, or, more importantly, not something they can share with their peers. The "sharing" with peers (and family) part plays a significant factor in most of the other data, too, and it's something that keeps coming up in study after study. It's one thing entirely for publishers to throw money and marketing behind name-brand authors who say things like "Boys should read because it's cool!!!" But if you aren't actually doing something about it, well, it just comes off as marketing and promotion. (And before you ask, let me anticipate your next question... and the answer is Yes, I do.)

• Another echo from yesterday's reports: Boys who do read are "more likely to have a father who reads at least sometimes." Um... yeah... that's exactly what I've been trying to tell Generation Dad out there. Remember... the future, the economy... if you don't think reading is going to give your sons a competitive edge, you've completely dropped off the planet. And if you don't care about it, well... you don't care about them.

• Boys who read are powerfully influenced by parental guidance and modeling. Translation: According to the Teacher Librarian study, boys who read tend to be good kids, which may make them "nerdy," but it definitely makes them "cool."

• And this one will be a big surprise to teachers and librarians who see “BOY” and point him to a particular stack of books… You know, the nonfiction titles about venomous animals and how to blow things up. In reality, boys and girls enjoy action and adventure, science fiction, and nonfiction similarly -- to the same degree. We have to admit that there are a lot of prejudicial, knee-jerk judgments that teachers and librarians can fall victim to when "summing up" the potential interest areas of their kids. You can't help it, and I'm guilty of it, too. Choice and access are the keys to developing a broad and well-supported base of literacy.

• And, finally, this is a very scary finding from the study: "Home and school see reading as an interest more appropriate for girls than for boys." Home. AND School. Okay. This was an extensive study. Thanks Teacher Librarian for illuminating this conclusion: schools tell boys that reading is for girls.

Yikes.
Posted by Andrew Smith at 6:47 AM