on earning your name

I believe that there are only a couple kinds of animals that always require names: dogs and horses.

The vast, soulless, remaining members of the animal kingdom, being largely quite useless, will endure their lives namelessly as far as I'm concerned. At least, until they earn their names.

I've owned dozens of chickens, for example, but only ever named one: my hen, Lucky, who survived a dog attack and being stepped on by a horse, but is no longer with us after an unfortunate choking incident involving a mouse.

Yes, it's true. My chicken choked.

And we would have buried her, but luckily it was trash day. But that's another story.

Our goats have names, but I refuse to use them. Ever.

Same with our five cats. My wife and kids toiled away at coming up with names for them, but there is only one whose name will ever pass my lips: Shadow.

Shadow was a feral cat, abandoned by his mother when he was very small. He nearly died on us, and he stubbornly hated the human touch, being the wildcat that he is. He's been with us for about 5 years now. Here he is: 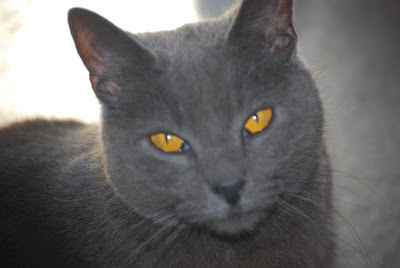 The other four cats are entirely worthless, having no redeeming qualities whatsoever. I will go to my grave without ever referring to them by name, unless, in the interim, they earn one.

Here's what I call them:

1.) The Black One (A particularly loathsome creature who delights in killing and dismembering all kinds of things. I once saw it kill and eat a small rabbit.) 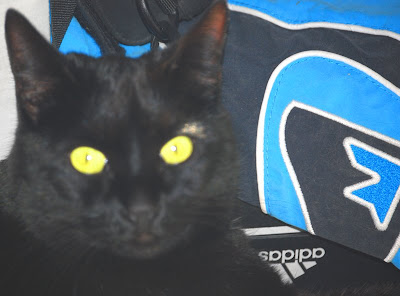 2.) The Fat One (I am not kidding. This cat is really really fat. Repulsively so.) 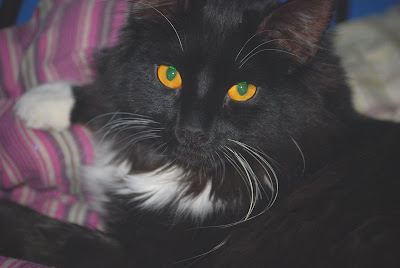 3.) The Calico (This cat, for some unexplainable reason that may or may not involve squirt guns -- I am not offering a confession -- absolutely does not trust me. I had to chase it all over the house just to take its picture. Hello! Stupid cat! This camera doesn't squirt!) 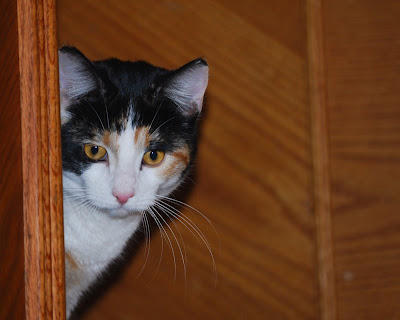 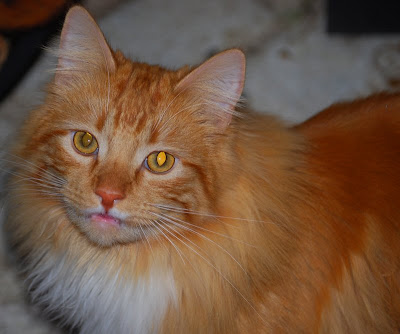