i don't get it 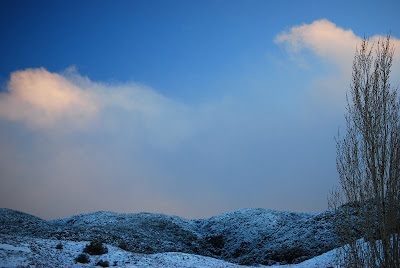 After the morning coffee (see picture below), I went out for my five-mile run. It was amazing, running out on trails that were covered in snow, unmarked by footsteps except for one set of deer tracks and one from a coyote.

So, now that I think about it I realize the source of yesterday's torrent of unfortunate occurrences: duh... it was Friday the 13th.

Okay. Two things: I do not believe in luck at all; and, second, if I did, the number 13 is considered to be lucky in Italy. I remember that on my eighteenth birthday, in fact, when I was in Trieste, my aunt, Fernanda, gave me a silver number 13 on a chain. And, no, Fernanda was neither a pot smoker nor a member of the Mexican Mafia.

Can I get killed just for saying that?

As you can see by the sidebar of this blog, I am on Twitter.

Is it just a high-tech device so that stalkers can stay at home?

I would probably use it if I "got" it. I would maybe use it if I could get my iPhone to do it. But I can't do either of those things.

Now, I am going to go kill myself for using the verb "tweet" three times in my life.