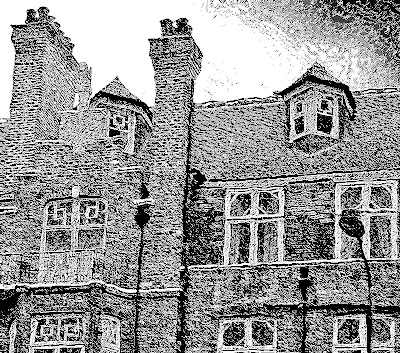 I've written a few times this past week about all the people involved in putting out a book like The Marbury Lens, and I want to say just a couple more things about them. First, I am certain that I've neglected to mention everyone who works at Macmillan who had a hand in this project, and, for that, I apologize. And, second, (and I think this may be unique in the writing/publishing business), I have actually, personally, met these people, and they are fun to hang out with. It's an honor to know them.

But I have yet to mention the first string on Team Marbury, the ones who play an incredibly important (and understated) role in getting the book onto the shelf. They are my wife, Jocelyn, my son, Trevin, and my daughter, Chiara.

They really do have to endure a lot, and they're usually pretty understanding about my insistence they not bother me, walk near me, or make any attempt at talking to me when I am working, which is probably way too much of the time.

And this reminds me of something, too. Just the other day when I posted something about the people at Macmillan who send me books and stuff, I got a nice big box of new paperback copies of Ghost Medicine from Jessica Tedder at Square Fish. The books are going to be released on the same day as The Marbury Lens, and I do plan on posting something about how amazing these new paperback releases of mine look and feel. But that's coming up later...

So, okay... my wife picked up one of these new paperbacks of Ghost Medicine and began reading it. Remember if you will that I've mentioned numerous times on here that nobody ever reads my stuff until it's published, which means that although I'd written Ghost Medicine in 2004, my wife and kids didn't read it until it came out, in 2008.

Anyway, as she started reading it, she said something like Hey! It doesn't say this in the original version...

And she goes, The original one doesn't say it's for me and the kids.

So, I'm like... woah... my wife never noticed that my first novel was dedicated to her and our children. I say, yes... it does say that.

And she grabbed a hardback copy of Ghost Medicine to confirm it.

So she's gone all this time not knowing that. I guess a lot of readers skip things like dedications, acknowledgments, and even prologues. I don't fault anyone for doing those things, but I read everything inside books.

I just can't help but wonder if she's been seething all this time about books that I've published and dedicated to non-wife, non-child human beings.

Oh well. Like I said, they put up with a lot.