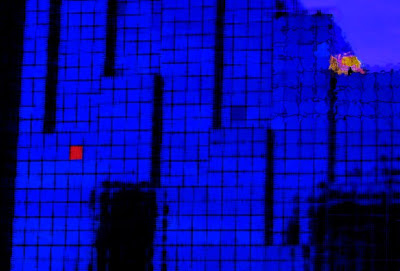 Okay. So I still can't get Barracuda out of my head. Now I have it as a ringtone, too. And yes, Josh, I have GH3 (Wii), but I am about as good at video games as I am at thinking up some extreme-sucking analogy that won't offend anyone.

I have decided to not talk about politics any more with my friends. They talk too much and it's making me crazy. They have completely bought in to all the non-issue stuff that's being slung around from every direction. I figure it's an inevitability for me that the following will happen:

First of all, I am a huge Dodger fan. Well... I'm actually kind of regular-sized, but I am a fan nonetheless. See... on a blog, saying you're a huge fan kind of makes me think that you're morbidly obese or something. But I digress. Here we are in September and the Dodgers (at least for today) are out in front of the West by 3-1/2 games. You'd think that we Dodger fans would learn from experience (I mean... seriously, how many times do you need to be hit in the face with a stick to know it's not going to EVER feel happy?). 'Cause I know that some time in October I'll be mourning the end of the season when the Dodgers lose in the first round.

Then... to make things worse, I'll wake up on November 5, turn on the news, and realize the world is actually, honest-to-God, coming to an end.

I think the expression is "Hell in a hand basket."

I don't think they actually make hand baskets any more. It kind of sounds like a basket you'd use to carry around dismembered hands. I wonder if they were hands of really big fans, if you'd need a really big basket.

I was on the radio today. Well, not actually on a radio. Do people even have just radios anymore? I used to have a radio when I was a kid. It was plastic and had a round, see-through dial. Of course, it was only AM. There was nothing else when I was a kid. And, sometimes, when I would plug it in, the electrical cord on it would shock me. You'd think my parents would get alarmed at things like that. Hmmm... outlet... shock... child. Oh well, they must have thought, he'll figure it out.

It was a pretty big radio, too, so I imagine I could actually have gotten on that one.

But it would have shocked me.

So, okay... I was interviewed on a radio program today about writing. It was fun, but I don't really remember what I said, so I probably said something stupid. No... make that lots of stupid things. Anyway, the host told me it was streaming live on the internet. If I would have known that, I probably would have done two things: 1)posted that information on here before the broadcast, and 2) thrown up on the air.

I wouldn't have posted it.

But, I will post the link when the show is uploaded onto the station's website. Should be by Tuesday.