on not getting it 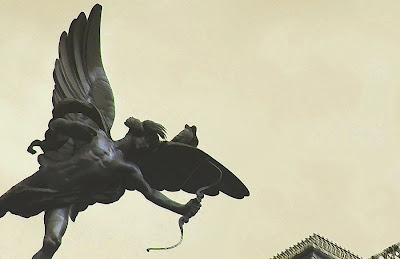 There's lots of things I don't get. That's why there's so much ambiguous stuff in my books. Maybe it's 'cause I don't watch TV. I don't know.

There's lots of things I suck at. I can't play video games. When one of my friends asks me to play him in (insert name here, I don't know any of them), I usually say -- and I mean this, truly, in the most non-sexist way -- that I play video games like a little girl throws a baseball. Except for Wii Tiger Woods. I own at that. Well, as long as I'm playing my eleven-year-old daughter, who is, like, the only person I can beat. And then, when I beat her, I say, "You know why I won? Because you SUCK!!!"

But I would if I could beat her.

She says it to me.

When I was a kid, I lived on Bainbridge Island in Washington. I used it as part of the setting in the novel I just finished writing. In fact, I've been house-hunting there. I showed my wife and kids pictures of what it's like there, how we used to take the ferry across to Seattle. I told her that, when I was small, my dad would scare me by holding me over the rail and dangling me above the Puget Sound.

My wife said, "No wonder you're so twisted. I can't believe he could get away with that around Nana (my mom)."

I said, "He'd only do it when Nana wasn't looking."

I never really thought that I got my twisted streak from Dad. But, oh well.

The other kind of game I totally suck at is the mind-game. Just don't get it, but for some reason, there are certain people who think I am always on the ready at the opposite end of the court. Go figure.

Oh. I got a really nice comment from a friend about the pictures on this blog. Yes, I take them all. I just booked a trip out of the country with my family coming up later this Fall, so I should get some cool ones then, too.