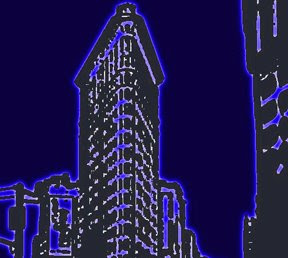 Ghost Medicine will be in the bookstores next week. So, besides being stressed out and going crazy and feeling lost, I have decided that, beginning today, I will be bedfam (blogging every day for a month), just to keep a log of what goes on with a debut novelist's... um... debut novel. Or something.

Now, of course, everyone who's ever read my blog knows that I don't say very much about myself on it. And I don't intend to start now, either. So, if I run out of things to say on any given day... wait. I won't. Never mind.

Today, I received a message from my editor about the revisions on in the path of falling objects, which will be coming out in Fall 2009. My editor is awesome in her editor-epicness. She says we'll get it in one shot, which, for me, will take about fifteen minutes of work. Well... to be honest, it might take twenty-five minutes. We'll see.

My agent is fourteen time zones away from me. It's really hot here today. I'm in a super-pissed off mood because I forgot to construct my shrine of protection on my desk and I was trapped in a room where people had died. During my bedfam, I will put some pictures on the blog of the things I use for protection. They're pretty cool. You know you'll want an SOP (shrine of protection... duh!), too.

Yeah. So, I'm in a bad mood. It's hot. I almost had my soul harvested today. I completely finished writing and revising my fourth novel. I'm bored. And I'm going crazy. Oh... and where my agent is, it's already tomorrow... which creates a paradoxical kind of situation. I can actually, technically, respond to any emails I get from said agent before they are actually, technically, sent.