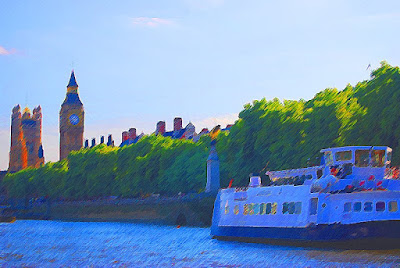 I don't know very many other writers. I hang out in my yard with horses and dogs, and I dig in the dirt, run, and mountain bike in the hills.

Once in a while, some crazy bitch rear ends me when I'm stopped at red lights.

Occasionally, I get to meet and listen to other authors, and almost every time it's been an affirming experience for me, because it seems like real writers often go through the same things that I do. I wrote about this on a post a month or so ago about Susan Patron, self-censorship, and self-doubts.

I've also had the pleasant opportunity to hear Lisa Yee speak on a couple of occasions. She tells a story about how, when writing an edgy YA novel, she began using "swear words." Characters can do that to authors, I think, and the consequences can sometimes be troubling. When my characters cuss, I begin adopting their ill-mannered colloquialisms, too. Because my characters in Ghost Medicine chewed tobacco, well... uh... never mind. Since I start taking on some of the characteristics of people in my books, and they always do things that I've done... I wonder if my characters ever say, amongst themselves, oh shit, I hope I'm not the one Smith makes do.... Anyway, obviously, it's a two-way street, I guess, as far as influence goes. This is why I've got to finish this book I'm wrapping up before my character entirely destroys my life. And not just because of cussing.

One of my favorite author blogs to visit is the blog of Brian James. Brian hits the nail on the head in so many ways, about music, about writing... stuff like that. On one of his recent posts, he writes about that incredible feeling authors get when things just pop into your mind as you're typing away. It is a pretty amazing thing, I have to agree, and this is another time when it is so reaffirming to me to hear a writer of Brian's caliber talk about how, once you get to a certain point, the story just reveals itself and the ending may evolve into something of a complete surprise to us.

I'm right there, too. I have no idea how this thing is going to play out, but all the elements are coming together... so what happens in the resolution is out of my hands.

It's in the hands of the character who's trying to destroy my life.
Posted by Andrew Smith at 6:20 AM