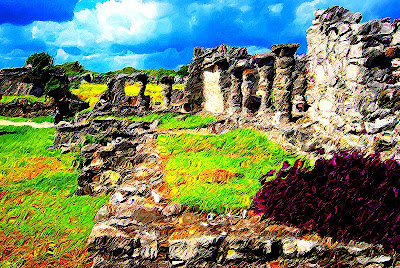 Just saying that makes me feel so much smarter.

Earlier this week, I read an editorial in The New York Times (which, by the way, I read religiously every day to begin my adjustment from writing into reality) by Thomas Friedman (a columnist I usually think is pretty swell) about the sorry state of education in America.

In his piece, Friedman echoes the commonly-sung dirge about the failures of the American educational system because our kids are lagging behind kids in Singapore or Sri Lanka, or wherever in -- you guessed it:


Tom, you're in a forest. Time to look around and take note of the trees.

They don't only bear the fruit of calculus and physics. The thing is, every time someone wants to bash American intellectual achievements, they quantify the comparative challenge by playing the math-and-science-and nothing-else-matters game.

Just sayin'. Maybe we need to somehow quantify and standardize predictive or prescriptive assessments in creativity, innovative vision, and aesthetic reasoning. I have a feeling (feeling?) that we Americans are kicking ass in those areas.

Come out and see me at UCLA today. I'll be at Mrs. Nelson's booth (Zone H, Booth 813) signing books and secretly distributing Advance Reader Copies of in the path of falling objects, but only to people who suck at math and science... (I wouldn't want these ending up in the hands of non-Americans).