the roller of big cigars 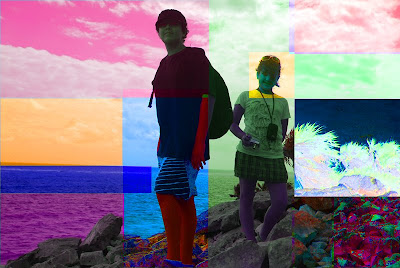 Things you see when you live in the mountains go out running at 4 a.m.

When it's warm, I sometimes narrowly avoid stepping on rattlesnakes.

Shooting stars, every day. The meteor showers in August and November are unbelievable and constant.

Last week, when the moon rose, it fell into a direct line with Venus, which somehow became magnified to the extent that it looked like a second moon. Then, when Venus began slipping behind the narrow crescent of our moon, it looked as though the moon were exploding. That sight, I thought, would probably have been one of those Stonehenge-type occurrences that would have resulted in some shaman dude being sacrificed if I'd seen it a thousand or so years ago.
Posted by Andrew Smith at 3:30 AM