tear another page off the mayan calendar 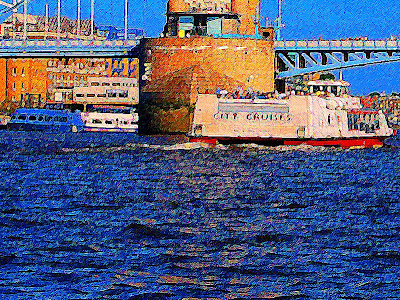 I mean, am I wasting my time sitting outside all night with my night-view video camera trained on my corral hoping to catch one in the act of chupa-ing one of my cabras (that's goat)?

I really hate my goats. I've even gone so far as to weave delicate necklaces of raw bacon for them at night, hoping to entice a not-so-random act of predation on them, but no such luck.

I read an article last week in The New York Times about the increasing popularity and trendiness of goat meat, too. It's supposed to have more protein than beef, or something like that. All I know is that mine would have a slight after-hint of bacon, too.

There are a couple of things going on right now, the convergence of which is likely every bit as psychologically cataclysmic to me as the final square of the Mayan calendar (which, I believe, when painstakingly translated into the modern vernacular contains the phrase "By the way, you're royally fucked"). One is (as Grant calls it) The Deal, and the other is The Book, both of which make me absolutely insane and impossible to live with.

So... off to dive into the convergence and hammer out more words. First stop: tear another page off the thinning Mayan desk calendar.
Posted by Andrew Smith at 6:33 AM