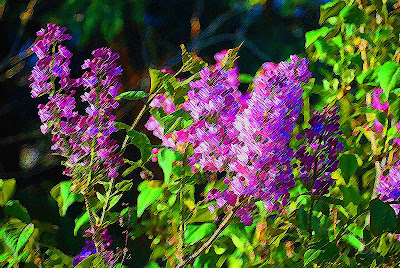 Yesterday, a young writer asked me a question that authors probably get asked as frequently as anything else. He said that he loves to write, knows exactly what he wants to write about, but sometimes he gets stuck. So, he asked, what do you do about writer's block?

Well, I spoke with him for a while about the topic, but, here you go: One thing I do about this Writer's Block thing that I don't believe in is this. What I'm doing now: you can write about this unicorn of a problem. I'll step out of what I'm doing and write something rambling and only partially coherent for my blog, for example.

I'll tell you the truth: right now, even as I type these very letters, I am in the middle of what is, so far, one of the most exciting, terrifying, and violent scenes in the book I am finishing up. So, I'll make myself stop writing and get out of it for a while, in order to let things carefully and slowly develop in my head with precision.

I explained to him that there is often a tendency among writers to desperately want to get to the next turning point, but not put down on paper the things that you need to in order to arrive at that spot. This is probably the most common cause of Writer's Block, in my opinion, and, really, the best way to deal with it is by patiently going through those first appetizer courses before gorging yourself on that climactic event you can't wait to get out of your system. Or down your throat.

Just sit down and do it.

If you say you know what you want to write, then you have the cart. So, hitch up to it and ride.

Can't get simpler than that.

Oh... if you don't know what you want to write, but you know that you want to BE a writer, then... in all sincerity... you should grow some balls and quit.

Seriously. Because that isn't Writer's Block, it's reality block.
Posted by Andrew Smith at 3:50 AM