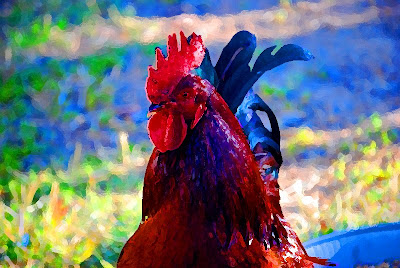 Ten Random Things About in the path of falling objects (which is coming out this October from Fewiel & Friends/Macmillan):

1) Matthew, the brother whose story is told through letters between him and Jonah, is modeled after my own brother. Probably about 75% of the stuff in Matthew's letters to Jonah actually came straight from letters my own brother wrote home when he was serving in Vietnam.

2) I still have all those letters. They are flat-stacked inside a big history book right here in my writing office.

3) Our family actually has a black 1940 Lincoln Cabriolet convertible, one of the very few in existence. It's sitting on blocks at the moment, inside a sealed garage. I have a photograph of Wendell Wilkie riding in one when he campaigned for the presidency against FDR in 1940. Some people say that the Lincoln in the picture is actually our car, although it can't be proven. But the car has only had two owners.

4) I have ridden in the backseat of a car all the way up from Mexico, sitting beside a life-sized tin statue of Don Quixote.

5) Many of the place names are entirely made up, but I have spent a great deal of time driving through the incredible state of New Mexico, and have vivid memories of the drama and desolation of the countryside, especially up around Farmington, which is where a lot of the book takes place.

6) The "play list" in the book contains some of my favorite songs from the summer of 1970.

7) I once knew a man named Walker who was missing a leg. I always knew I would have a character with such a name and infirmity in one of my books.

8) Whenever I write something, there are always parts of my stories that come to me in my dreams. I have amazing and intense dreams every night, and I almost always remember them. I dreamed about the roadhouse in the novel in the path of falling objects, that's why I put that little episode in there. As a matter of fact, last night I had a dream about an orphanage in Africa. Never been there. Strange.

10) Another important literary prop in the novel: I wrote about my habit of making literary references in my books on an earlier blog post... and I made this huge list of all the works I allude to in in the path of falling objects, but... duh! I left out a really important one that keeps coming back... The Bible, and, in particular, the story of Jonah from The Bible. I also like all the "Jonah" references in Moby Dick, which is one of my favorite books ever.
Posted by Andrew Smith at 3:22 AM