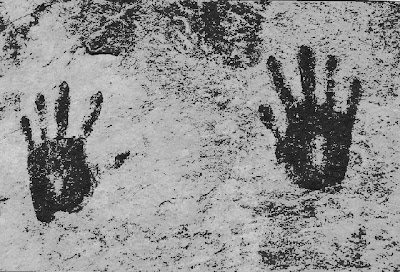 I had another weird dream last night.

I was in an elevator, going up, and it was moving so fast that when it stopped and the doors opened, I felt like I was going to pass out. And I really physically felt like I was blacking out, even though I was asleep.

Anyway, the elevator stopped on the ninth floor. I was moving into a new apartment on the top floor of a building that looked out on the ocean. Apartment 900. Yeah... I have this thing about numbers. I had this huge trunk with me, and I managed to pull it into the apartment.

Inside, the carpeting was worn through and I could see plywood flooring, and the place was strewn with junk left behind by the former tenants. But I liked the place, even if it was run down, cluttered, and dilapidated. It had a homey feel to it.

When I walk into a room of people that I don't know, into a new situation, I feel like I'm going before a firing squad.

Yesterday, I sat in on a book discussion group that had read Ghost Medicine. They said a lot of things, and had many questions for me that I generally shrugged to and said that it didn't matter what I intended to mean in a certain passage, that it only matters what a reader thinks.

I don't really remember too many specifics of what the group was saying. It was too high-energy and excited for me... too many people talking at once, which drives me insane.

But the thing that really stuck in my head was that one person present just could not get over the fact that I didn't specify a year and exact, precise location for the novel. The person seemed desperate, almost angry, and begged me to just say something -- anything -- so the setting and time could be pinpointed.

Now that's a true firing-squad marksman there.
Posted by Andrew Smith at 7:57 AM