That means that in the SCBWI group, there may be as many as 10% males in the population. I say "may" because sometimes just telling gender by a member's name is kind of like interpreting intent on a Minnesota election ballot... could go either way.

So... if you've followed my blog for, I don't know, like the last 200 posts, you'd know that I've written quite a bit about how schools discourage boys from reading and writing and how boys have actually been harmed by literacy and language arts programs in schools in the last 20 years. I've presented the data on this conclusion, and I'm not going to restate the facts today.

A few days ago, though, I got a comment about my blog from my great friend Kelly Milner Halls, a very accomplished author who's been my friend for many decades. She said this:

"Yes, we need lots more men in force, and we MUST encourage boys and young men to read and write. We've had this discussion a WHOLE lot of times, Andy-pie. So you know I don't disagree with you on this."

Okay... first of all, let me just say that when you've known a guy since before he went through puberty I guess you can get away with the Andy-pie crack.

But at least she's on my side, and as unpopular as the view may be among some authors, she recognizes that there is an anti-male bias in YA Literature today that has a negative effect on boys and reading.

That said, today I'd like to leave with a conclusion I've arrived at that deals with gender-confusion in YA Fiction. I know stating this premise may get me killed, or imprisoned in some forced-breeding program (see below)... BUT... I can kinda tell when a novel is written with a male protagonist and its author was a female.

Okay... go get your torches and sharp things. You know where I live.

In fact, I think I can tell this about 90% of the time, at least... when I read a book and the boy or young man main character acts... well... like a girl. And it's not a gay/straight thing, either, because I've read books written by gay authors and their protagonists don't act like girls, but I really can tell when a male character's puppet strings are being pulled by a woman.

Is this a bad thing? Mmmm... I'm not sure, but I do see it having an effect on boys when it comes to choosing a book, sticking with it, enjoying it, and empathizing with its main character. Maybe it's just me and my own chauvinistic biases... but when I read books like that, I frequently find myself saying A real boy wouldn't do that, or A real boy wouldn't say that or make that kind of decision. Maybe I'm just totally full of crap... but, heck, Billy Bones, who runs around naked unabashedly... now there's a real boy. 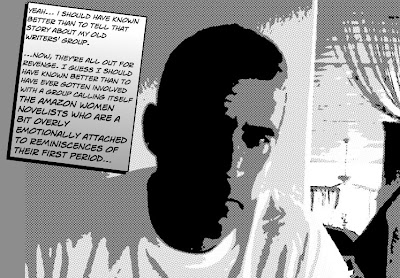 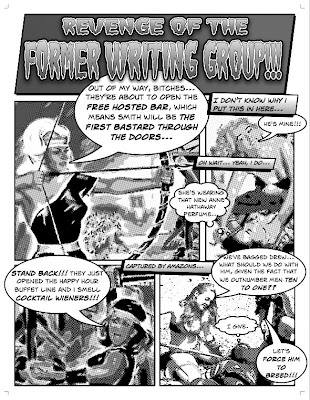