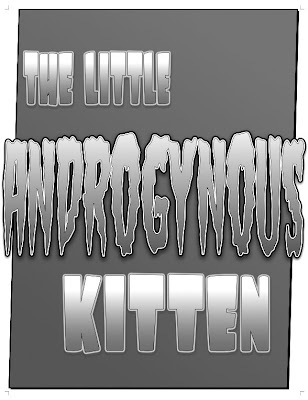 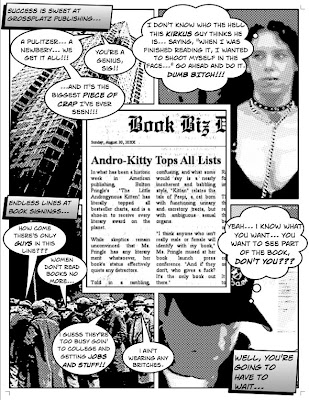 Okay. Well, I remembered I wanted to tell this story yesterday... so here goes.

Where I went to elementary school... where I started elementary school (we moved around so much), corporal punishment was an accepted disciplinary device. I know that may sound shocking by today's standards, especially to people who, like me, have never hit a kid for any reason.

Yeah, I received my share of swats from teachers... but never the high-ceremony that was conducted, almost execution-like, by the principal.

Also, I lived in the far northern states at the time, so school architecture (unlike that of California) was enclosed: long buildings with hallways. I mention this because on those celebrated occasions when the principal would spank a student (invariably, a boy... I never saw a girl get it... which brings up another thought I will undoubtedly have to blather away on tomorrow...), he would conduct the application of swattage in the hallway and all the classes would have to watch.

And it gets worse, too.

Because the principal was missing an arm.

Yeah... the carefree, happy times of gradeschool. So, the principal was missing an arm... he lost it in WW2, so, as was the level of technology of the times, his prosthetic device was a gleaming chrome hook.

And, yes, he held his swatting paddle (a handled board with holes drilled in it) with his hook whenever he SPANKED little boys.

Yeah... I am pretty sure that if you carefully researched the boys who attended my school during those years, you might find an uncommonly high percentage of serial killers among us.

Again, let me confirm that this NEVER happened to me, but I witnessed it, firsthand, dozens of times. Once, sadly enough, my best buddy Chip got it for peeing in the woods during recess and Mrs. Lilquist (a wicked woman who was responsible, I am certain, for many vows of celibacy... I'll have to tell a story about her, too...) caught him with pee-pee in hand.

I think the most effective method I employed for avoiding the hook-swat torture was the fact that the principal's daughter, a lovely but poorly-fed, dark-eyed child named Jolie, was my girlfriend.