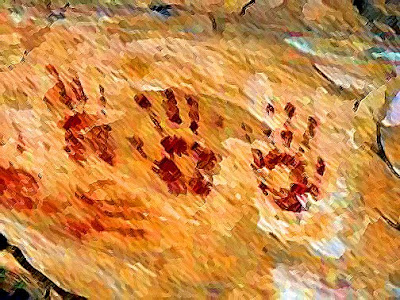 So, here's the deal. The big surprise.

I am proclaiming October to be BoNoBloMo. From now on, that's it. I made it up and you can't have it.

You know how November is NaNoWriMo, right? (National Novel Writing Month) Well, I've often wanted to participate in that, but now I don't think I really can, even though I actually have written a novel in one month. So, I am claiming ownership of the month of October as BoNoBloMo (Boy Novelist Blogging Month).

It sounds cooler, anyway. Well, I guess it does sound kind of nasty.

So, this month, this particular Boy Novelist will be blogging every day about guy stuff, like pain, tattoos, sports, fighting, and messing around.

Oh... and running away to join the circus.

Oh yeah. Welcome to BoNoBloMo. If any other guy novelists that I know (or don't know, for that matter) want to chime in on this blog, feel free to contact me. I won't edit your words. Oh... and if Bono wants to blog, guess what? He can't. He hasn't written a novel and this isn't his month.

Because I happen to have a background in economics, today I had a group of high school boys ask me about the economy, why things were bad on Wall Street, and if I could explain what was going on with this controversial "Bailout" idea.

Well, to be honest, I really don't, but... whatever. I have to be honest. So, after a few minutes of my explaining to them how you probably wouldn't want to loan money to your unemployed alcoholic step-uncle, I told them that if credit goes away, they might as well stop studying for the SAT because they'll never get a student loan and never be able to afford to go to college anyway.

Heck, I said, they might as well just quit school right now and run away and join the circus, which is something that:

A) all boys would love to do, and

B) I only wish someone would have told me to do when I was in high school.

Then, I explained, they would thank me when, twenty years from now, they're smoking a cigarette, splayed out, hands bound against a painted silhouette target on a splintered plywood wall while some blindfolded alcoholic with poor grooming habits (hey, that's my step-uncle) throws knives the size of hams to see how close he can get to them.

Yeah, they'll say, thank God we consulted with Smith about our future.

Oh yeah, kids... thats' the future of our economy.

And you have an opportunity to play a big part in it.

If you have the balls to quit school and run away and join the circus.

I think you get the idea.