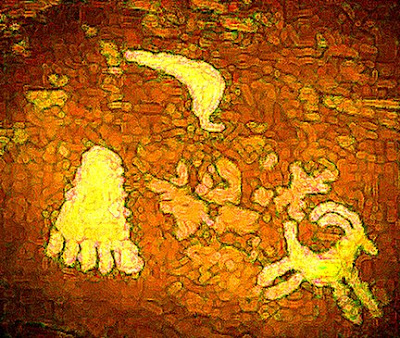 I'm going to take a time-out on my pieces about how we're killing boys in school sports and through our educational methods, but I promise to get right back on it as soon as I can.

I just needed to put in some incredible news, that in today's edition of Publisher's Weekly, there was a *starred* review for Ghost Medicine, which is, like, the Holy Grail as far as being a debut author is concerned.

Here's what they said:

l Ghost Medicine Andrew Smith. Feiwel and Friends, $17.95 (368p) ISBN 978-0-312-37557-7
Smith's first novel, a deceptively simple coming-of-age story, defies expectations via its sublime imagery and its elliptical narrative structure. Troy, 16, and two childhood friends spend the summer following Troy's mother's death wrangling wild horses while drinking homemade wine and sampling chewing tobacco. Each of their brushes with danger—a rattlesnake attack, a predatory mountain lion—they commemorate with tattoos and rituals in homage to the mysterious force they call “ghost medicine.” The intrepid Troy—who, in the beginning of the book, reads sections of The Idiot and Jude the Obscure while hiding out in his grandfather's mountain cabin with his horse—grapples with his mother's death through philosophical ruminations: “There might be a God [but] He is, at best, ambivalent to all of the things set in motion in this world.” In the periphery is Troy's first love, Luz, for whom Troy contemplates staying forever in the idyllic landscape, rather than leaving for college. While the summer climaxes with jarring violence, the possibility of a true departure never materializes: the outside world is held at bay by the inscrutable questions unveiled in the book's conclusion.

Wow. That is awesome.