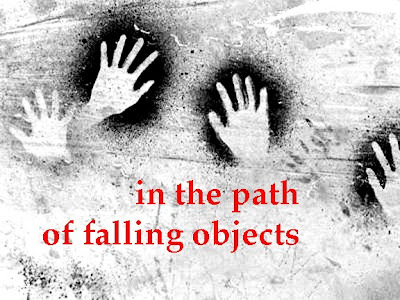 Forgive me if this post is scattered all over the place, but driving home just now I thought about a few things I wanted to write just a little bit about.

First of all, I try really hard to avoid writing about anything overtly political or religious on my blog because 1) I don't really want people to know that much about me, and 2) I don't want to offend away any potential readers. Sure, you can probably read between the lines on a couple of my posts... but if you "get it," then I know you're not the ones who'd be offended.

But now I feel guilty, because prisca posted a comment on yesterday's blog where she said, "I've enjoy reading your journey with your book. It actually is nice to get an inside look at the ins and outs of a successful writers life. Us aspiring writers appreciate your candor." I feel guilty because I don't think I've been totally straightforward. So, here goes, and, please, I really do not want to offend anyone... there is nothing personal intended here, this is all about me (my favorite subject):

But I wouldn't trade it for anything. Because at this point, I think I've just about given up everything else, anyway.

My friend, Bill Konigsberg wrote a brilliant blog entry the other day about a kind of need to feel more connected to the world through being published. Now I get it... I've spent my whole life trying to be as disconnected as possible. I have the opposite need, the need to be left alone, and I've obviously been using writing to get that need met.

So, if this in any way clears up any misconceptions for aspiring writers, then... I don't know.

When I visited the all-boy reading classes over the summer, one question the boys seemed to frequently ask was if I believed in ghosts. And I tell them, yes, that I lived in a honest-to-God haunted house when I was a kid. I thought that I was the only one who saw the other kid who was hanging out in the basement at night, but years after we moved from that ancient house, when I told my mother, she said that she used to see ghosts in that house all the time.