the campaign against boys 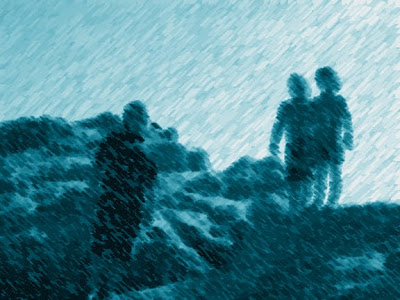 Okay. So, I was looking at school district performance in California just the other day and I saw all these stats that seemed to conform to the magical panacea called No Child Left Behind. There was data that showed improvements across the board, generally speaking, in schools' Academic Performance Indexes, and that was even broken down to show gains among ethnic groups and socioeconomic subgroups as well.

So I asked... can you break down the data over the past years (let's just go back as far as the present Bush administration, since they are the major proponents of the law) and segregate the trends for just two groups... girls and boys? Then I got to see that data.

If you have a son in school, you'd better take a deep breath. I would have told you to sit down, but this is a blog, and who the hell reads blogs while standing?

The data showed that girls were making significant gains in all those areas I commented on in my last blog post. But boys were actually getting worse. That's right... worse. You would think that if a state adopted curricular strategies that targeted improvement within one subgroup, that it wouldn't actually damage any other group. You would think. But we are actually harming boys at schools in California. Damaging them. Destroying their futures.

We didn't realize that when we bought in to revamping education to catch girls up in reading and writing that we were revamping it to make boys... um... dumber. Sure, the girls made significant gains. We developed curriculum that emphasized reading that was more girl-friendly, evoking emotions and internalization of conflict rather than action and concrete, physical realities. And the classroom activities we imposed dealt with "reflecting" or "role-playing," "imagining" and "cooperating;" all things that are innately non-boy. So we began turning boys off to reading about 20 years ago, and we're paying the price for it today.

A big part of the problem is the shift away from reading and writing to what Richard Allington, cited in Mike Schmoker's Results Now: How We Can Achieve Unprecedented Improvements in Teaching and Learning, refers to as "stuff." "Stuff" consists of the fluffy things girls like to do but boys tend to cringe at: making 3-D mobiles, a diorama, coloring a book jacket. One writer in Schmoker's book suggested that we all buy stock in Crayola, since "coloring" had become such a pervasive element in literacy curriculum through high school. These are just some of the reasons why boys are either not learning to read and write sooner, or avoiding those processes altogether.

The thing about girls is that they're adaptable. They can learn and color at the same time. They like to. Boys don't.

Take it from me. I'm a boy. We don't color. Or act in skits. Or form groups to talk about what we're going to color or who gets to play the role of Scout or Calpurnia in our skit we have to perform up in front of the entire freakin' class.

Here's the thing. Reality check. Reading and writing are the keys to success in anything, because all other intellectual abilities depend on them. Getting your next job depends on it. Democracy depends on it. Period. If we dumb down an entire gender as far as these skills are concerned, what does that mean for the economic future of males specifically, and our society, political institutions, and economy in general? Bad news.

So... what can we do to get boys back to where they used to be, and then push them beyond?