the annihilation of boys 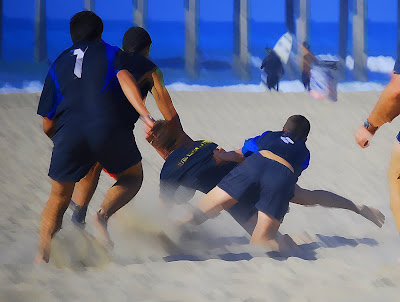 I've talked about this a little bit before, in a number of respects, but now I'm going to spend a bit of time talking about how we've been wrecking kids, especially here in California.

This is probably going to make some people mad, but I want to start out by stressing that what I say may not pertain to any other part of the country outside of California, where I've been a teacher and coach for... ugh... a really long time. I've heard, and I believe, that there are other parts of the country that are not like this. Hmmm... go figure. Somewhere that's not like California.

But, in California, we are murdering youth in two major ways: high school education, and high school sports. Sorry, but I'm going to start with the sports.

I said in an earlier blog that I was conducting an experiment this year... that I was totally boycotting football; and that I was going to try to see if I could not even watch a second of it by accident this year.

It should be a crime.

In California, the football community of parents and coaches are like drug fiends who fix their addiction by sapping the lives of kids. In California, high school football is a year-round, every day commitment to being verbally and psychologically abused. Kids who play in high school get no time off, and no freedom. Their coaches even tell them what they can do when they're off the field and away from practice.

I want you to close your eyes (after you read the next couple lines) and think about the following two words:

Fat loser tobacco-chewing guy who ignores his wife and kids.

I just got home from a rugby tournament that was held on the beach in Huntington Beach, CA. It was such an amazing and fun day. Nothing gets better than that, trust me. Some of the kids I coach played on our high school team, and some of them were playing for universities. It was an awesome day. But it's late, and I wanted to jam this blog in so I could mark my 27th day of blogging non-stop.

I will pick up tomorrow where I left off (that is, if a California High School football coach doesn't set fire to my house while I'm asleep tonight).