things from my books (6) 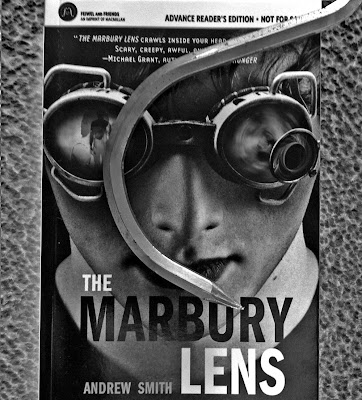 Is a hay hook.

Chances are, people who take care of horses (especially people who have to move and stack hay) are going to have at least one set of hay hooks. There are no other tools as well-suited for the task for which they are designed.

The thing is, in Marbury, "conventional" is a concept that just doesn't hold water.

Yes, that is my hay hook.

And yes, there is a hay hook in The Marbury Lens.

I use mine for moving bales of hay, though.