on not being a snob 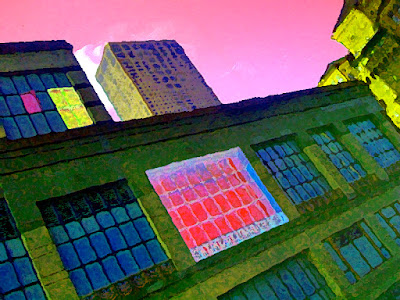 Sometimes I think I'm a snob.

I don't act like a snob, and I'm not condescending to people around me, but I am just so hard to please, and I'm not overly gushy about things that are frequently "in" or "popular," so I recognize that can be as off-putting as using exceedingly long sentences, but I can't help my general lack of enthusiasm for trendy things: fast food, television, most forms of pop culture, and certain breeds of small dogs; and for these shortcomings, let me say I apologize and I am sincerely disappointed in myself. (That sentence has 90 words, one one-thousandth of a novel!)

And, speaking of novels -- and I'll be honest here -- I actually do enjoy talking to people I meet who are trying -- working -- at becoming writers, people who put a lot of time and energy into their projects, trying to seek representation, and eventually be published.

I mean, that's the dream, right?

But I always preface anything I say to them with the caveat that what works for one person is often times the opposite of what works for another, and that to truly get to "where you want to be" as a writer, you have to find your own way, and do it for yourself.

Quite a while back, one such aspiring writer asked me to look at a sample of work and a query letter that had been written to an agent. Generally, my opinion was that the work wasn't horrible, but it wasn't something I personally would read. I gave some pointers about what could be "tightened up" in the query letter -- but NOT the work in general, since, like I said, it wasn't something I'd read to begin with, so my aversion to that particular genre ruled me out as a reliable editorial eye.

So, last week, I learned that this writer was going to be published. So, naturally, I was pleased and congratulatory about the development. The writer was so excited -- thrilled, even -- and gushed about waiting for editorial comments on the manuscript. Then, I asked the inevitable question: "Who's your publisher?"

The writer told me the name of the publisher -- a for-profit self-publisher whom I have heard endless rip-off horror stories about.

Sorry. I am going to be a snob now. Paying someone to "publish" your work is NOT BEING PUBLISHED. I didn't go there in my conversation with the writer. I just smiled and offered my encouragement. Honestly, though, I feel sorry for the person.

I also felt like I cheated myself out of the opportunity to explain how this method for getting a novel printed between bound covers is much different than the way being "published" really works. Mostly, I was disappointed because I didn't want this delusional writer (not "author") to think that's how everyone does it.

And I hate myself. Not for being a snob. For not saying anything.