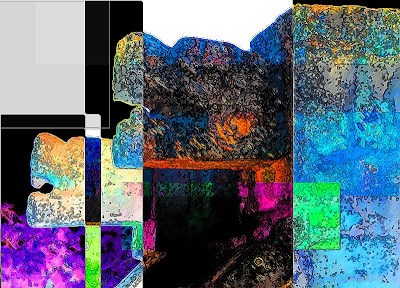 This week, the folks at Audible/Brilliance are in the studio recording the audio version of The Marbury Lens.

I was planning on blogging about something else today, but I'll save that one for tomorrow. The audio book is kind of a fitting topic today, too, because I'm working on something to send over to Mary Burkey at Audiobooker about how audiobooks and technology work perfectly together, as far as enhancing literacy -- and giving us a different perspective on the whole concept of literacy -- for reluctant boy readers.

So, here's what happened today: After writing for a bit on the new project that wants to destroy me, I went out for my usual Saturday-morning five-mile run. I'm not an iPod runner because I live up in the mountains and running with an iPod is a good way to end up getting bitten by a rattlesnake or mountain lion, so I usually think about things when I run.

I knew that this weekend I was going to get a phone call from the actor who's doing the voice for The Marbury Lens, so I was anticipating the questions he was going to ask me. And, of course, he asked me exactly what I thought he would.

See, there's a whole lot of internal dialogue in The Marbury Lens, because the book is all about "stuff" that's inside of other "stuff." And I KNEW he would ask me about the tone of that voice, what it means, and how it should be handled. Well, I'm not going to say specifically what we talked about, but I will say that whenever I write anything (with the sole exception of Stick, coming out in 2011), I never think about audio -- how the thing would actually sound. After all, the book is written, not recorded.

That said, though, I do have to say that the actor who's been cast to do the reading nailed the voice perfectly, and this was, in my opinion, a very difficult thing to do. Jack, the protagonist, is down on himself, he's angry, and he feels disconnected and abandoned by everyone in the universe except for a very few people. All the other actors I listened to interpreted this pissed-off and disconnected attitude of Jack's as sounding mean, which the kid is definitely not.

So I am actually looking forward to listening to the complete audio from the book -- something I've never done with my books before. Because this guy who'll be reading it for you has really turned himself into Jack.

Which, I hope, isn't a bad thing for him.

More details on the audiobook as it nears its release date.