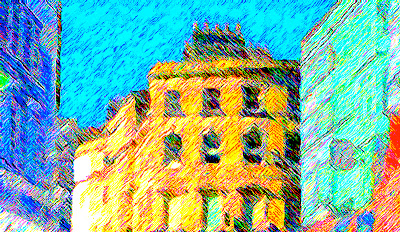 Lately, there have been a number of blogs and columns written about the increasing popularity of YA fiction among adult readers. I think a lot of it has to do with the fact that "readers" are not as conservatively constrained by formula to stick to time-tested box office draws; that they like to get out and dip into something different, even if it means dealing with characters who happen to be younger than your average Oscar-winning actor.

That's why Hollywood shies away from making films based on the better YA titles that have been written -- there's no "parts" for George Clooney or Sandra Bullock in them, and Hollywood, despite its apparent fascination with trendsetting, is very conservative when it comes to deviating from "the formula."

Readers don't care about that. It's why a lot of books that people would never consider to have been exclusively confined within the category of YA were monumentally successful across a broad spectrum of readership. And it's why the "genre" (which I will always insist is NOT a genre) of YA continues to attract all kinds of readers who want something fresh and different, not something that reflects any preconceived formulas or is by any means watered down or skirts important issues.

I mention this all because this week, a friend sent me a link to a blog from Mrs. Nelson's Toy and Book Shop (one of our great indie booksellers in California), where Lauren offers a list of her favorite YA titles. She lists two of my novels among her picks.

I am totally flattered. Thank you so much, Lauren, and Mrs. Nelson's.

You can (and should) read Lauren's blog here.